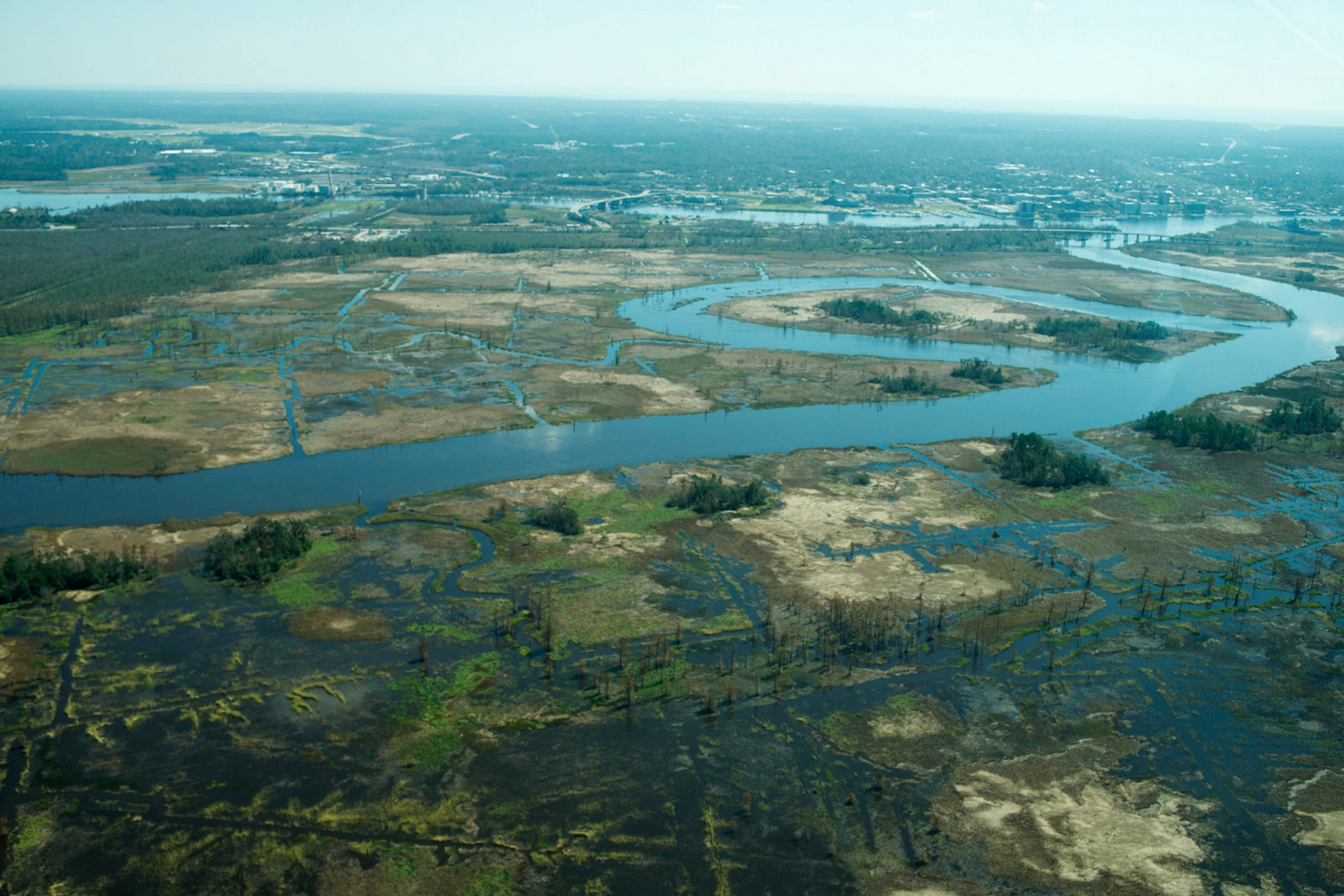 (Reuters) – As many as 8,000 people in and around the city of Georgetown, South Carolina, have been urged to evacuate ahead severe flooding expected this week from two rain-gorged rivers in what may be the final destructive chapter of Hurricane Florence.

Floodwaters of 5 to 10 feet (1.5 to 3 m) are expected to inundate Georgetown and surrounding communities by late this week as the Pee Dee and Waccamaw rivers overurn their banks along the low-lying tidal flats where they converge at Winyah Bay, which flows into the Atlantic.

The potential flood zone encompasses some 3,500 homes in Georgetown, which lies at the confluence of the two rivers at the top of the bay, and the coastal resort community of Pawleys Island, she told Reuters.

She said the estimated 6,000 to 8,000 people who live in that area are being “strongly urged”, to leave on their own, although no mandatory evacuation has been ordered.

The county plans to open emergency shelters at 7 a.m. on Monday, and hotels outside the flood zone in nearby Myrtle Beach are offering discounts for evacuees. Public schools will be closed until further notice, Broach-Akers said.

“The water is still rising there,” said Bob Oravec, a meteorologist with the National Weather Service’s Weather Prediction Center. “It’s a matter of time before it subsides,” he said early on Monday. 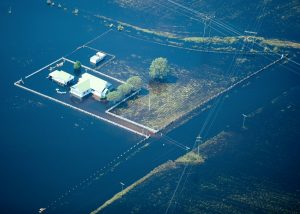 Flooding, in the aftermath of Hurricane Florence, is seen in and around Wilmington, North Carolina, U.S., September 19, 2018 in this picture obtained from social media on September 21, 2018. ALAN CRADICK, CAPE FEAR RIVER WATCH/via REUTERS

About 100 miles (160 km) up the coast, a commercial section of downtown Wilmington, North Carolina, by the Cape Fear River was under a foot of water, with flooding expected to rise by a further 2 feet with high tide on Sunday evening, city spokesman Dylan Lee said.

Flooding in Wilmington was expected to peak on Monday along the city’s Water Street riverfront, where many businesses had stacked sandbags in advance, Lee said. But the city said its offices would reopen on Monday after having been closed for a week.

Nine days after Florence came ashore, the National Weather Service said flooding would likely persist in coastal parts of the Carolinas for days as the high-water crest of numerous rivers keeps moving downstream toward the ocean.

“This isn’t over,” said Oravec. “All that water is going to take a good while to recede,” he said. “Damage can still be done. It’ll be a slow drop.”

That left hundreds of dead fish stranded on a highway near Wallace, about 35 miles from the nearest beach, according to the Penderlea Fire Department, which posted video of firefighters hosing the fish off Interstate 40.

“Well, we can add ‘washing fish off of the interstate’ to the long list of interesting things firefighters get to experience!” the department said on Facebook. 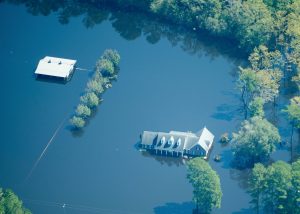 Remnants of the once-mighty storm brought heavy rains across a swath of the country, prompting flood watches and warnings from Texas to Virginia and Maryland, at least through Monday, the weather service said.

About 5,000 people across North Carolina have been rescued by boat or helicopter since the storm made landfall, twice as many as in Hurricane Matthew two years ago, according to state officials. Thousands of people remained in shelters.