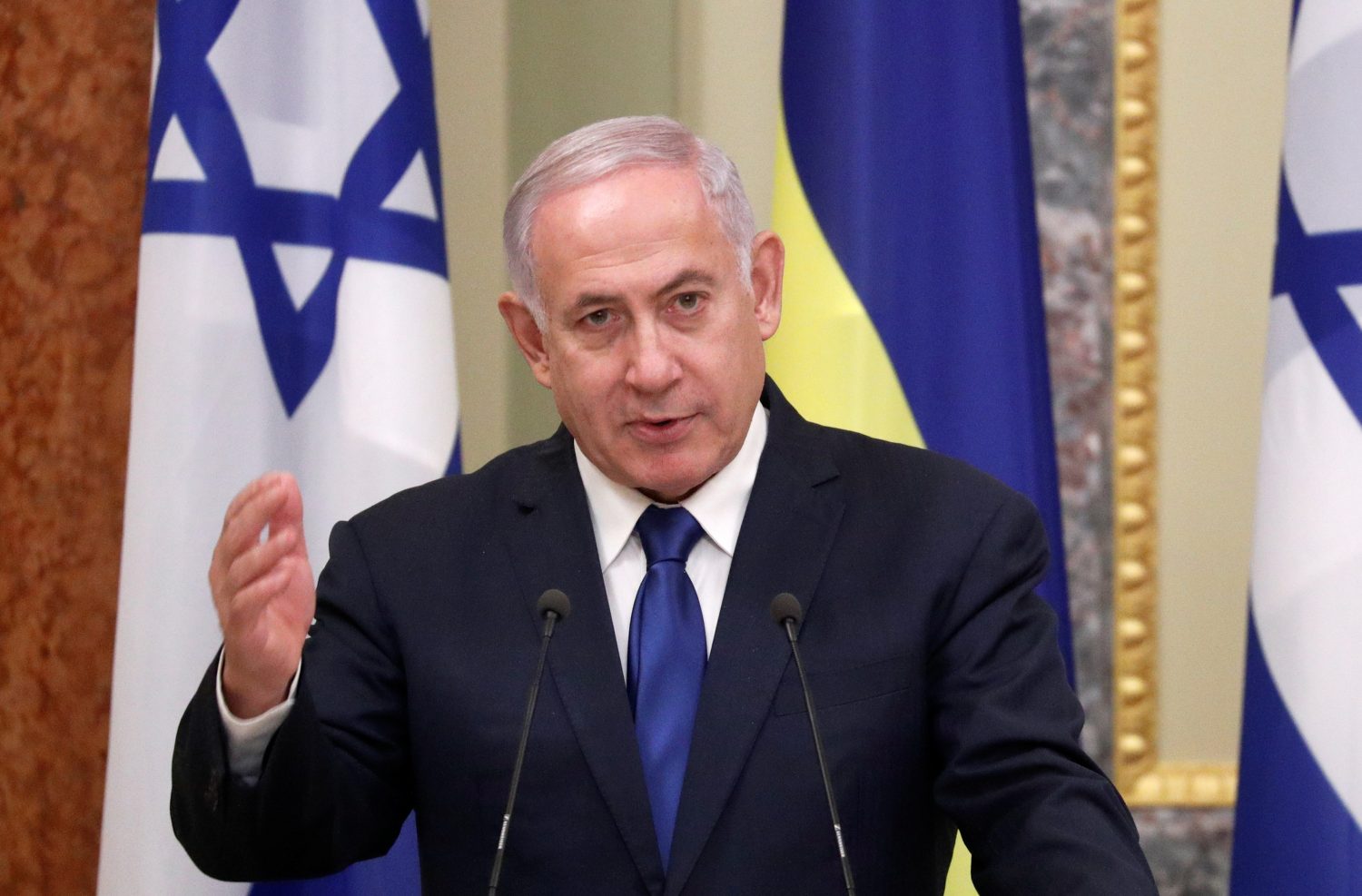 JERUSALEM (Reuters) – Israeli Prime Minister Benjamin Netanyahu told Hezbollah leader Sayyed Hassan Nasrallah on Tuesday to “calm down” after Nasrallah said his movement was preparing a response to the crash of two Israeli drones in a Beirut suburb.

In a speech on Sunday, Nasrallah accused Israel of carrying out an attack with an exploding drone earlier that day.

“I say to the Israeli army on the border from tonight, stand guard (on high alert). Wait for us one, two, three, four days,” said Nasrallah, whose movement last waged a major war against Israel in 2006.

One of the two crashing drones exploded near the ground, causing some damage to Hezbollah’s media center in the southern suburbs of the capital which it dominates. Israeli officials have declined to comment when asked if Israel was responsible.

“I heard what Nasrallah said. I suggest to Nasrallah to calm down. He knows well that Israel knows how to defend itself and to pay back its enemies,” Netanyahu said in a speech.

Netanyahu, speaking at the groundbreaking for the Jerusalem headquarters of a self-driving car technology firm, also issued warnings to Lebanon and Qassem Soleimani, commander of the Quds force, which the Israeli leader said aspires to destroy Israel.

“Watch what you say, and moreover be careful about what you do,” Netanyahu said.

Soleimani, reacting to the Israeli airstrike in Syria and the Beirut drones incident, wrote on Twitter on Sunday that “these were the last struggles” of Israel.

Andrea Tenenti, spokesman for the United Nations Interim Force in Lebanon (UNIFIL) that patrols the border with Israel, told Lebanon’s state news agency NNA that the situation in the area remains quiet.

“UNIFIL continues to work with the parties to ensure that there are no misunderstandings or incidents that may endanger the cessation of hostilities,” Tenenti said, referring to a U.N. Security Council resolution that called for an end to the fighting in 2006.

In public comments during a visit on Sunday to Israel’s north, where he met army commanders, Netanyahu appeared to hold out the prospect of targeting Lebanon directly for attack if Hezbollah struck Israel.