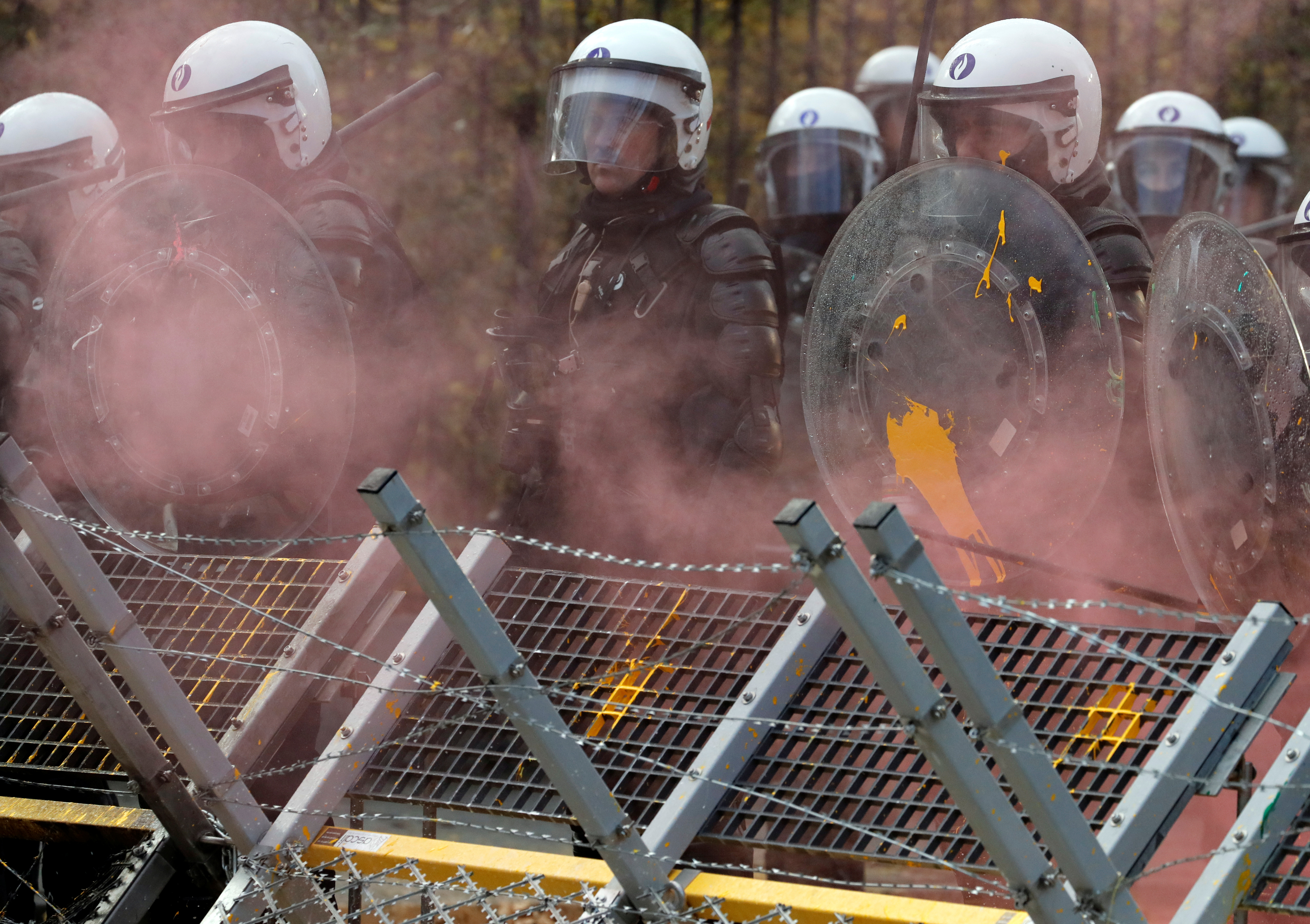 BRUSSELS (Reuters) – Belgian police detained more than 400 people on Saturday after “yellow vest” protesters inspired by riots in France threw rocks and firecrackers and damaged shops and cars as they tried to reach official buildings in Brussels. 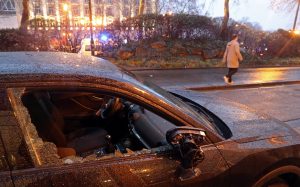 A destroyed car is seen after the “yellow vests” protest against higher fuel prices, in Brussels, Belgium, December 8, 2018. REUTERS/Yves Herman

n the second violence of its kind in the capital in eight days, a crowd which police estimated at around 1,000 faced riot squads who used water cannon and tear gas to keep people away from the European Union headquarters and the nearby Belgian government quarter. Calm was restored after about five hours.

The movement in Belgium, inspired by the “gilets jaunes”, or yellow vest, protests in neighboring France over the past month, has given voice to complaints about the cost of living and demanded the removal of Belgium’s center-right coalition government, six months before a national election is due in May.

French police said more than 30,000 people demonstrated there and more than 30 people were injured in a second successive Saturday of violence in Paris. 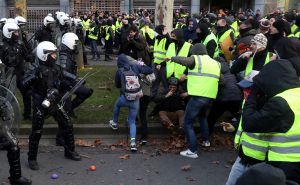 Belgian protesters wearing the fluorescent yellow vests carried by all motorists for emergencies also briefly blocked a motorway near Belgium’s border with France.