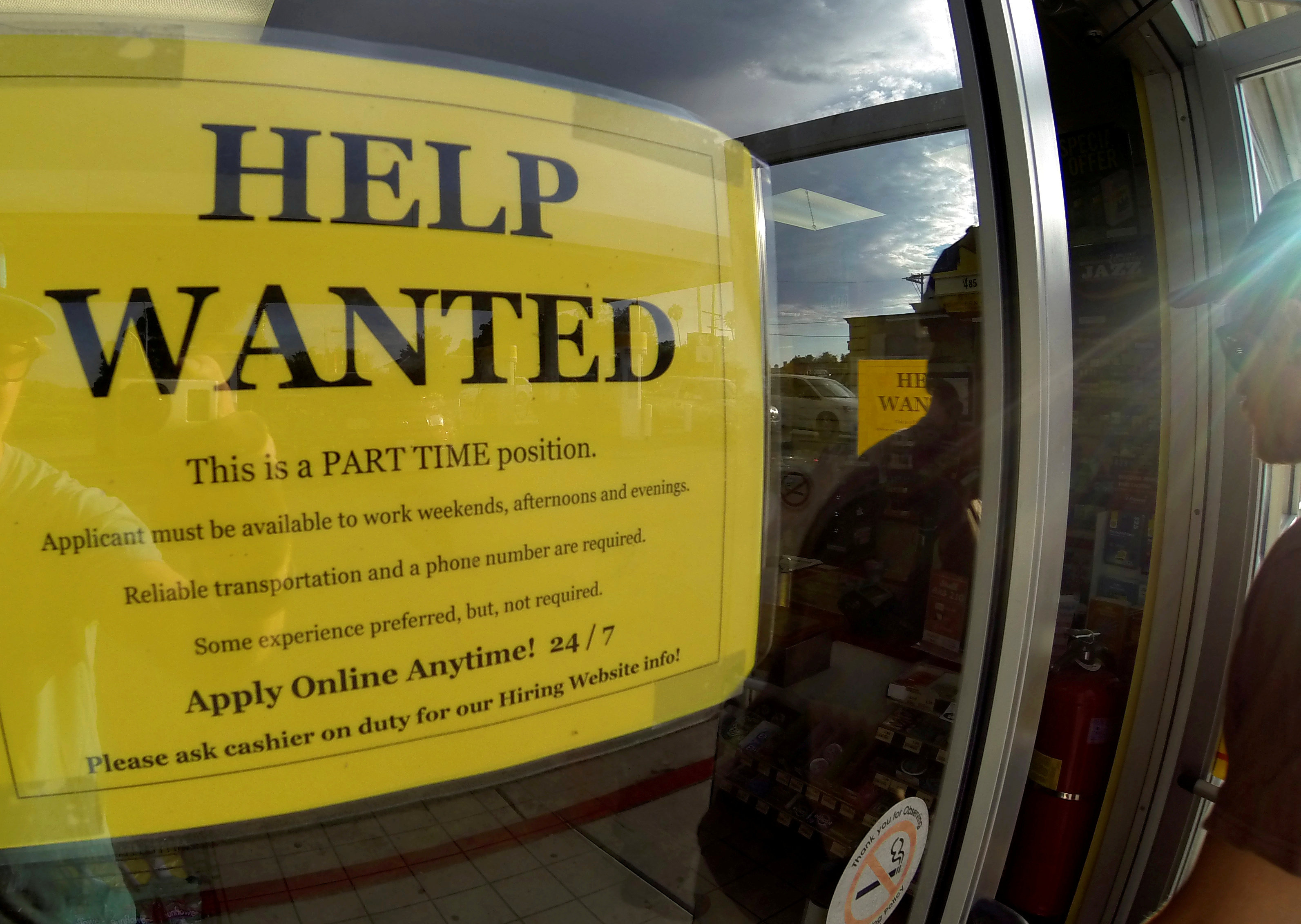 WASHINGTON (Reuters) – The number of Americans filing for unemployment benefits fell last week, pointing to sustained labor strength even as economic growth appears to have slowed early in the first quarter.

Other data on Thursday showed a rise in the prices of imported goods in February amid U.S. dollar weakness, bolstering expectations that inflation will pick up this year. Labor market strength and a steady increase in price pressures could allow the Federal Reserve to raise interest rates next week.

Initial claims for state unemployment benefits dropped 4,000 to a seasonally adjusted 226,000 for the week ended March 10, the Labor Department said on Thursday. Claims decreased to 210,000 during the week ended Feb. 24, which was the lowest level since December 1969.

Last week’s drop in claims was in line with economists’ expectations. It was the 158th straight week that claims remained below the 300,000 threshold, which is associated with a strong labor market. That is the longest such stretch since 1970, when the labor market was much smaller.

Fed officials consider the labor market to be near or a little beyond full employment. The unemployment rate is at a 17-year low of 4.1 percent.

The economy created 313,000 jobs in February. Economists are optimistic that tightening labor market conditions will boost wage growth in the second half of this year.

That should help to underpin consumer spending, which slowed at the start of the year. Data on Wednesday showed retail sales fell in February for a third straight month.

Gross domestic product growth estimates for the first quarter are as low as a 1.7 percent annualized rate. Reports on home sales and industrial production in January have also been weak. The economy grew at a 2.5 percent pace in the fourth quarter.

In another report, the Labor Department said import prices increased 0.4 percent last month after accelerating 0.8 percent in January. That lifted the year-on-year increase in import prices to 3.5 percent from January.

Last month, prices for imported capital goods jumped 0.6 percent. That was the biggest increase since April 2008 and followed an unchanged reading in January.

Prices of imported consumer goods excluding automobiles rose 0.5 percent, the largest gain since January 2014, after edging up 0.1 percent in the prior month. These price increases likely reflected the dollar’s depreciation against the currencies of the United States’ main trading partners, and will eventually filter through to core producer and consumer inflation.

The price of goods imported from China rose 0.2 percent. Prices for imports from China increased 0.3 percent in the 12 months through February, the biggest advance since June 2014.