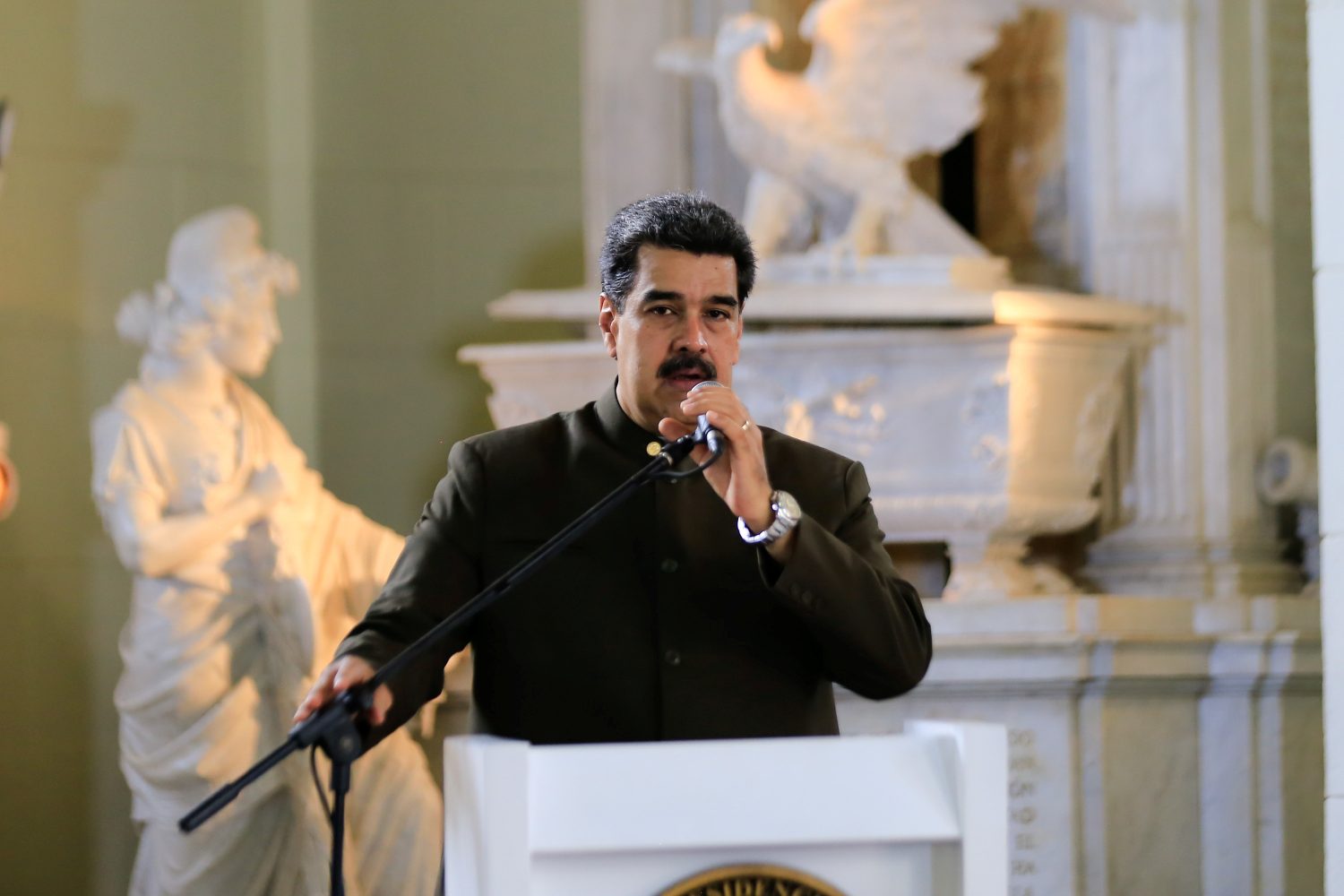 By Matt Spetalnick and Roberta Rampton

The executive order signed by Trump goes well beyond the sanctions imposed in recent months against Venezuela’s state-run oil company PDVSA and the country’s financial sector, as well as measures against dozens of Venezuelan officials and entities.

Trump’s action, the toughest yet against Maduro, not only bans U.S. companies from dealings with the Venezuela government but also appears to open the door to possible sanctions against foreign firms or individuals that assist it.

Russian and Chinese companies are among those still doing significant business in the South American OPEC nation.

“All property and interests in property of the Government of Venezuela that are in the United States … are blocked and may not be transferred, paid, exported, withdrawn, or otherwise dealt in,” according to the executive order released by the White House.

The scope of the announcement came as a surprise even to some Trump administration allies. “This is big,” said Ana Quintana, senior policy analyst with the Heritage Foundation, a conservative Washington think tank.

Quintana said it appeared the order would be a sweeping embargo on doing business with Venezuela, although she was awaiting further details.

Venezuela’s Information Ministry did not respond immediately to a request to comment.

The United States and most Western nations have called for Maduro to step down and have recognized Venezuelan opposition leader Juan Guaido as the country’s legitimate president.

Guaido, accused by Maduro of mounting a U.S.-directed coup attempt, appointed a board for Citgo Petroleum, Venezuela’s most important foreign asset, earlier this year.

Trump said on Thursday he was considering a quarantine or blockade of Venezuela, although he did not elaborate at the time on when or how such a blockade would be imposed.

He is taking more dramatic action after numerous rounds of sanctions failed to turn Venezuela’s military against Maduro or make significant progress in dislodging him.

U.S. officials have long said they had other weapons in their economic arsenal, even as they privately expressed frustration that European partners and others had not taken stronger steps and that the months-long pressure campaign had not made more headway.

Trump said in a letter to Congress the freezing of assets was necessary “in light of the continued usurpation of power by the illegitimate Nicolas Maduro regime, as well as the regime’s human rights abuses, arbitrary arrest and detention of Venezuelan citizens, curtailment of free press, and ongoing attempts to undermine Interim President Juan Guaido.”

His executive order also threatened sanctions against anyone assisting Maduro or his loyalists, suggesting that Washington could resort to so-called secondary sanctions against third-country companies and individuals.

Fernando Cutz, a former top Trump adviser on Latin America, said the executive order could be applied to non-U.S. firms and entities, limiting their ability to do business with Venezuela if they wanted to continue to deal with U.S. companies or banks.

China and Russia continue to trade oil with Venezuela. The move could escalate tensions with China, already inflamed by a tit-for-tat trade war, said Cutz, now a senior associate with the Cohen Group, a consulting firm.

China and Russia – together with Cuba – have continued to back Maduro, prompting U.S. national security adviser John Bolton to warn Beijing and Moscow on Monday against doubling down in their support for him.

Bolton is slated to give a speech on Tuesday morning at a gathering of more than 50 countries in Lima, Peru, that would outline a planned U.S. initiative to lead to a peaceful transfer of power in Venezuela.

Moscow and Beijing turned down invitations to attend.

A White House official declined to comment on the implications of the order for foreign companies doing business in Venezuela, where an economic crisis has driven more than 3 million people to emigrate, fleeing hyperinflation and shortages of food and medicine.

Trump’s order allows exceptions for the delivery of food, medicine and clothing “intended to be used to relieve human suffering.”