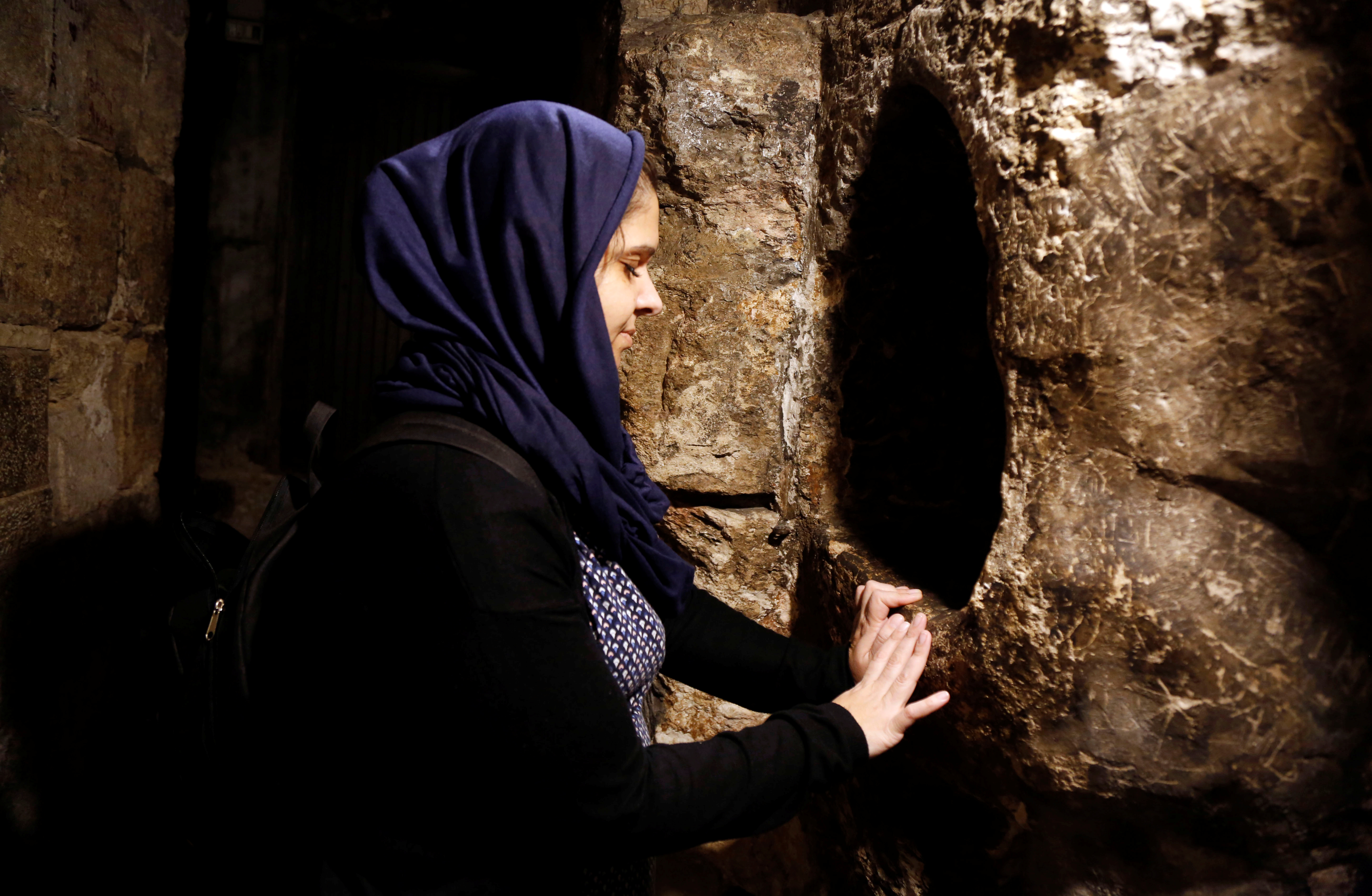 BETHLEHEM, West Bank (Reuters) – Bethlehem is enjoying its busiest Christmas season on record, the Palestinian Ministry of Tourism said on Monday, with hotels in the birthplace of Jesus almost fully booked for the holiday.

Tourism has recovered following a fall in knife and car-ramming attacks which helped push visitor numbers in the biblical city to a 10-year low in 2015. Bethlehem store owners also said they were benefiting from a surge of visitors to Israel in its 70th anniversary year.

Filing past a sixteen-meter Christmas tree in Manger Square, lines of pilgrims squeeze through the narrow sandstone entrance to Bethlehem’s Church of the Nativity, a centuries-old basilica whose grotto, Christians believe, is where Jesus was born.

“We have never received this number of tourists coming to Palestine,” said Palestinian Minister of Tourism Rula Ma’ayah.

“Especially in a city like Bethlehem, tourism creates waves throughout the economy.” 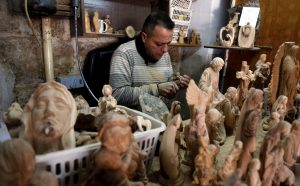 A Palestinian worker carves a figurine for sale during Christmas season, at a workshop in Bethlehem in the occupied West Bank, December 10, 2018. REUTERS/Raneen Sawafta

Hotel occupancy rates in Bethlehem are expected to exceed 95 percent by the end of December, the city’s hoteliers’ association said.

“We are fully booked during the Christmas season,” said Wissam Salsa, Manager of the Walled Off Hotel, a quirky Bethlehem guesthouse designed by the British street artist Banksy.

“But of course, our hotel is fully occupied all of the time,” Salsa added. “It is in the West Bank.”

The hotel overlooks a towering concrete section of the barrier that Israel has built through the occupied West Bank, cutting off Bethlehem from Jerusalem.

Israel says the barrier stops suicide bombings, while Palestinians complain that it loops around Israeli settlement blocs in the West Bank, where they want to set up a state.

Some American pilgrims in Bethlehem seemed to regard their visit as a continuation of a tour through Israel, rather than a trip to a Palestinian city.

“Coming to Israel has always been on my bucket list,” said Robyn Jackson, 36, a travel adviser from Phoenix, Arizona who was shopping for souvenirs in a Bethlehem street leading to Manger Square. “Being in Bethlehem and all the places where Jesus walked is amazing.”

For one group of American travelers, Israel’s anniversary — together with U.S. President Donald Trump’s decision to recognize Jerusalem as the capital of Israel and to open an embassy there — was certainly a factor.

“I think excitement has been stirred because of the embassy move,” said Keith Jiles, 55, a pastor from Atlanta, Georgia. 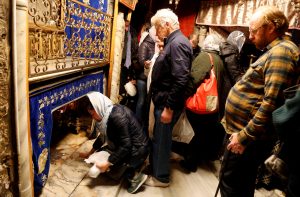 Tourists visit the grotto at the Church of the Nativity in Bethlehem in the occupied West Bank, December 10, 2018. REUTERS/Raneen Sawafta

“People had been afraid in the past to come. But the excitement has built. And you’re gonna see more tourism because of it,” he said.

Trump’s Jerusalem decisions delighted Israelis but infuriated Palestinians and their allies, who warned that a unilateral move could lead to turmoil and hamper U.S. efforts to restart long-stalled Israeli-Palestinian peace talks. The last round of negotiations broke down in 2014.