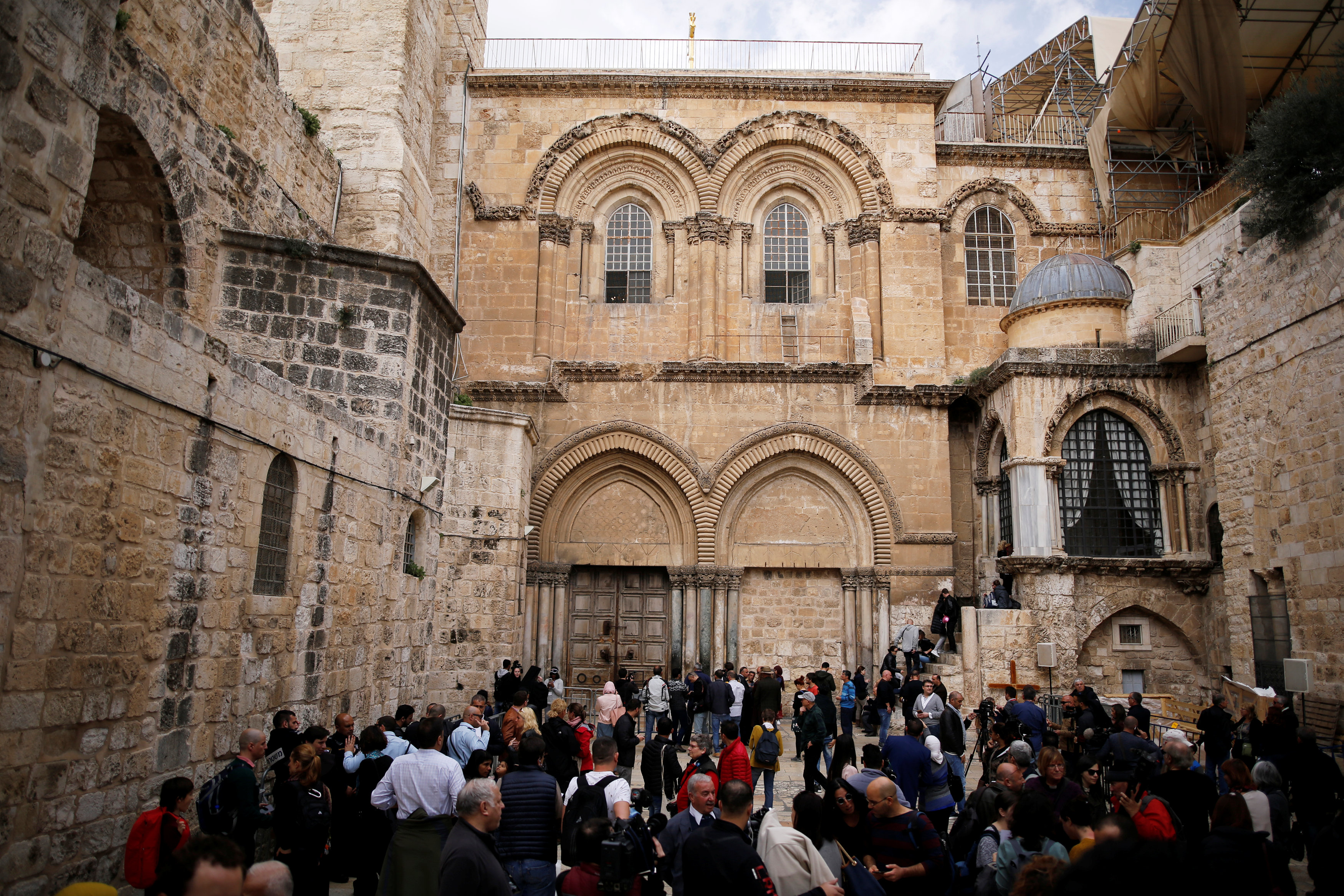 JERUSALEM (Reuters) – Jerusalem’s Church of the Holy Sepulchre, revered as the site of Jesus’s crucifixion and burial, will reopen its doors after Israel backtracked on Tuesday from a tax plan and draft property legislation that triggered a three-day protest.

The rare decision on Sunday by church leaders to close the ancient holy site, a favorite among tourists and pilgrims, with the busy Easter holiday approaching put extra pressure on Israel to re-evaluate and suspend the moves.

An Israeli committee led by cabinet minister Tzachi Hanegbi will negotiate with church representatives to try to resolve the dispute over plans to tax commercial properties owned by the church in Jerusalem, Netanyahu’s statement said.

Church leaders, in a joint statement, welcomed the dialogue.

“After the constructive intervention of the prime minister, the churches look forward to engage with Minister Hanegbi, and with all those who love Jerusalem to ensure that our holy city, where our Christian presence continues to face challenges, remains a place where the three monotheistic faiths (Judaism, Islam and Christianity) may live and thrive together.”

The Jerusalem Municipality, Netanyahu said, would suspend the tax collection actions it had taken in recent weeks.Mayor Nir Barkat has said the churches owed the city more than $180 million in property tax from their commercial holdings, adding that “houses of worship” would remain exempt.

Church leaders, in closing the Church of the Holy Sepulchre, said church-owned businesses, which include a hotel and office space in Jerusalem, had enjoyed a tax exemption.

While the review is under way, work on legislation that would allow Israel to expropriate land in Jerusalem that churches have sold to private real estate firms in recent years will also be suspended, Netanyahu said.

The declared aim of the bill, deemed “abhorrent” in a prior statement issued by church leaders, is to protect homeowners against the possibility that private companies will not extend their leases of land on which their houses or apartments stand.

The churches are major landowners in Jerusalem. They say such a law would make it harder for them to find buyers for church-owned land – sales that help to cover operating costs of their religious institutions.

A spokesman for Palestinian President Mahmoud Abbas called on Israel to permanently cancel the proposed measures, which he said would “lead to escalating tension and to instability”.

A small minority of Palestinians are Christians, many of them in Bethlehem, the town in the Israeli-occupied West Bank – near Jerusalem – where Jesus is believed to have been born.