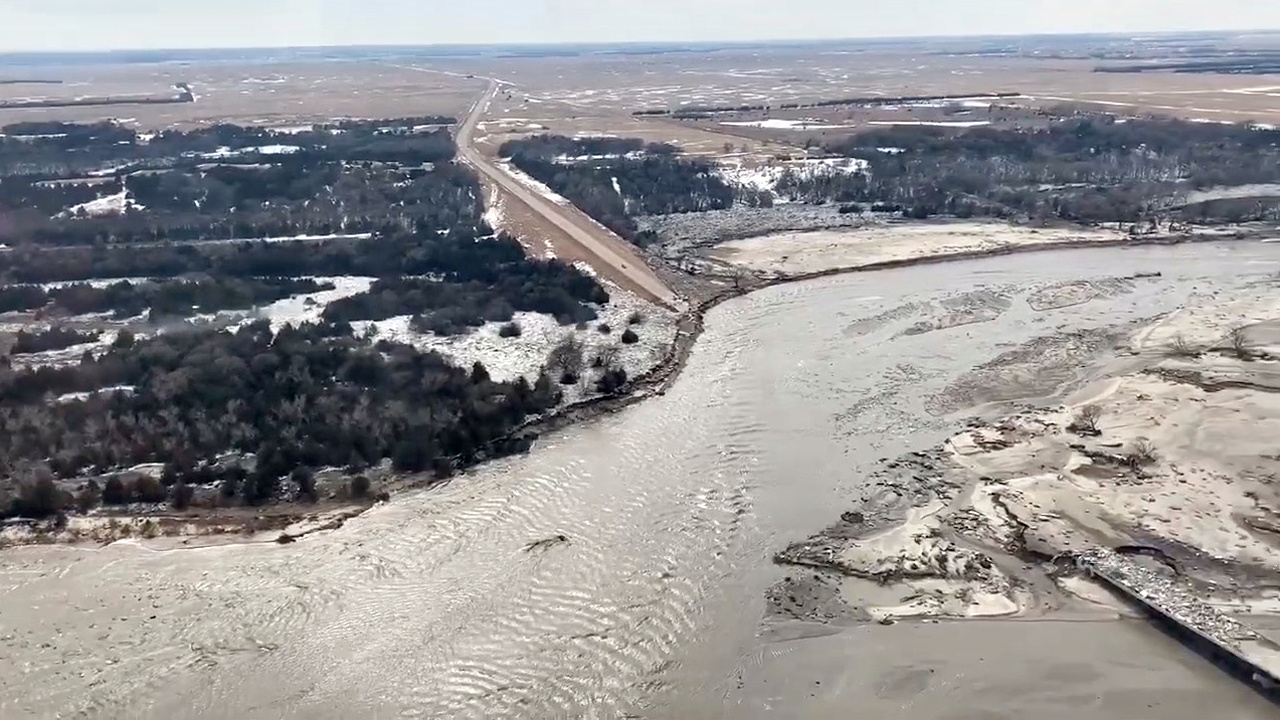 Floods in the aftermath of a late-winter storm that dumped snow and rain on the nation’s midsection last week have already killed two people and destroyed homes and businesses.

“The good news is that apart from some very light rain tonight, this will be generally a dry week across the region,” said Bob Oravec, a meteorologist with the National Weather Service’s (NWS) Weather Prediction Center.

Temperatures across the hardest-hit areas of Nebraska and Iowa will be reach highs in the low 50 degrees Fahrenheit through midweek and into the 60s by Friday, he said.

Water levels are expected to rise through the week, according to the NWS, prompting evacuations in communities along the Missouri River on the Nebraska and Iowa border, as well as the Elkhorn and Platte rivers in Nebraska.

Flooding is not expected to abate until at least midweek in the Plains and Midwest region, the NWS reported.

“The big ones (rivers) are at record stages right now,” Marc Chenard of the NWS said Sunday. “There have been some levy breaks so there are towns that are flooded.”

“Getting an update from local officials and public safety personnel in Missouri Valley today. Rain and melting snow have caused severe flooding all across Iowa,” Iowa Governor Kim Reynolds said on Sunday on Twitter.

Reynolds also issued an emergency proclamation at the outset of the flooding.

The weather was blamed for two deaths, including one person who died at home after failing to evacuate, and a man swept away while trying to tow a trapped car with his tractor.

Some small towns and communities have been cut off by floods while others have seen fresh drinking water become scarce.

Meteorologists have referred to the storm, which blew from the Western Rockies to the Central Plains last week, as a “bomb cyclone” — a winter hurricane that forms when the barometric pressure drops 24 millibars in 24 hours.

“That system brought 1 to 3 inches of rainfall but, on top of that, there was already a deep snowpack over much of the area. So a combination of the rain and snow melt had a large volume of water going pretty quickly into the rivers,” Chenard said.