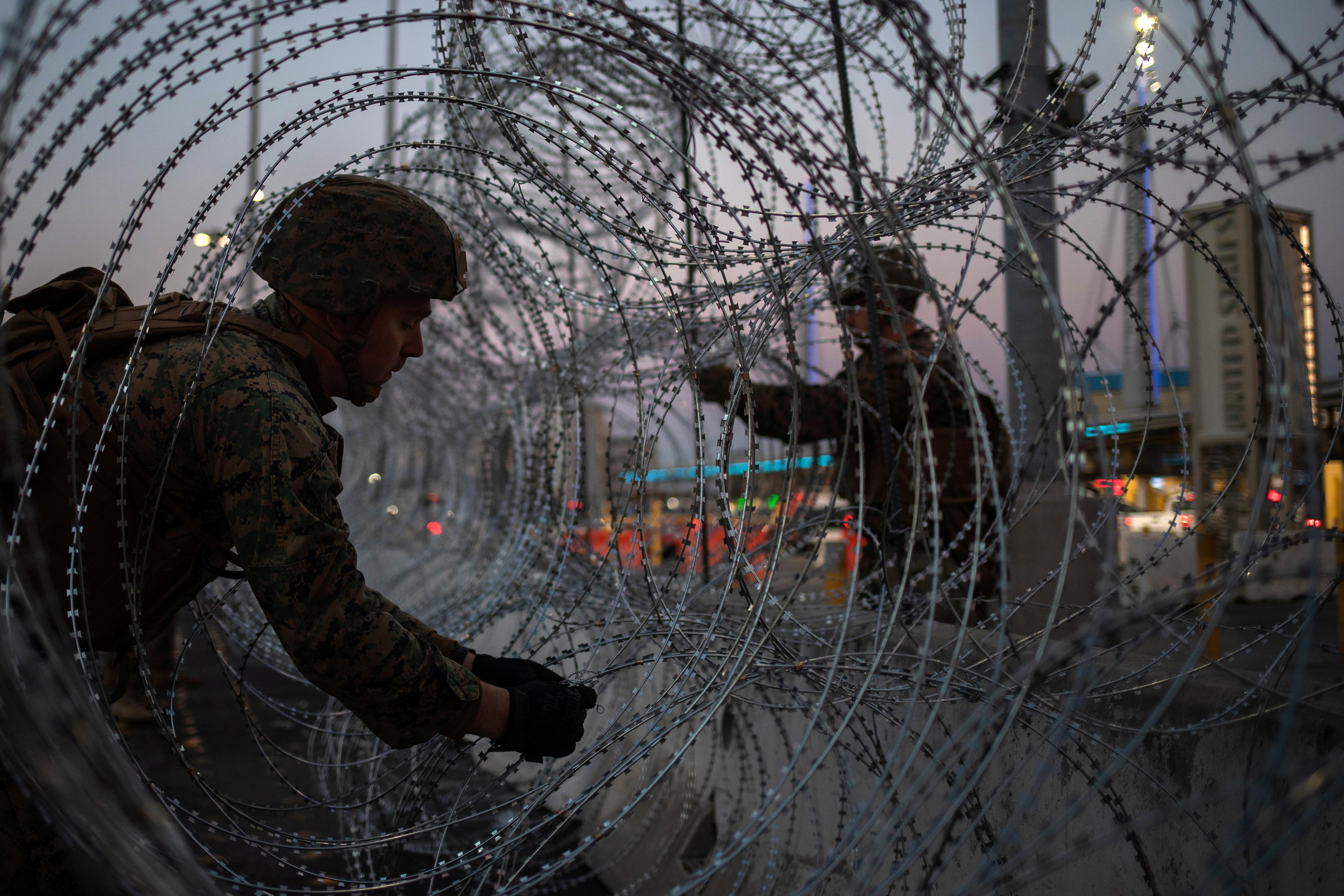 The proposal, which is still in draft form and circulating within the administration, would involve the military in screenings for things like illness and injury only if U.S. Customs and Border Protection (CBP) agency personnel were overwhelmed and unable to do so on their own, the officials said.

The proposal would expand the mission for the Pentagon, which said previously it did not expect its forces to directly interact with migrants.

The Pentagon declined to comment on internal deliberations. In a statement, it said the operation would cost about $72 million through Dec. 15, based on current plans.

U.S. military duties on the border, including stringing up concertina wire and building temporary housing, have been aimed at supporting CBP personnel.

The U.S. officials who spoke to Reuters about the proposal did so on condition of anonymity because Trump has not yet signed off on the idea.

It was unclear if the proposal, if confirmed in the coming days, might prolong the deployment of at least some troops at the border.

The commander of the mission told Reuters last week that the number of troops may have peaked at around 5,800, and he would soon look at whether to begin sending forces home or shifting some to new border positions.

Trump, who won the presidency in 2016 after a campaign promising to crack down on illegal immigration, has seized upon migrant caravans headed toward the U.S. border, comparing it to an “invasion.”

Critics have derided his position as a stunt that politicizes the military.

About 6,000 Central Americans have reached the Mexican border cities of Tijuana and Mexicali, according to local officials. More bands of migrants are making their way toward Tijuana, with around 10,000 expected.

In Tijuana and other ports of entry, CBP officers are trained to check migrants and travelers for obvious signs of infectious conditions, like fever, bleeding from the eyes or other symptoms of “quarantinable and communicable diseases,” according to a 2015 report by the Congressional Research Service.

One U.S. official said that under the latest proposal, U.S. troops would carry out medical screenings only if other officials, such as from state and local governments or the National Guard, were not available or overwhelmed.

“The intent of the authorities is not to bring the troops in closer contact with the migrants but to provide medical assistance if needed,” the official said.

On Monday, Reuters reported that Trump was likely to give U.S. troops authority to protect immigration agents stationed along the U.S. border with Mexico if they come under threat from migrants seeking to cross into the United States.