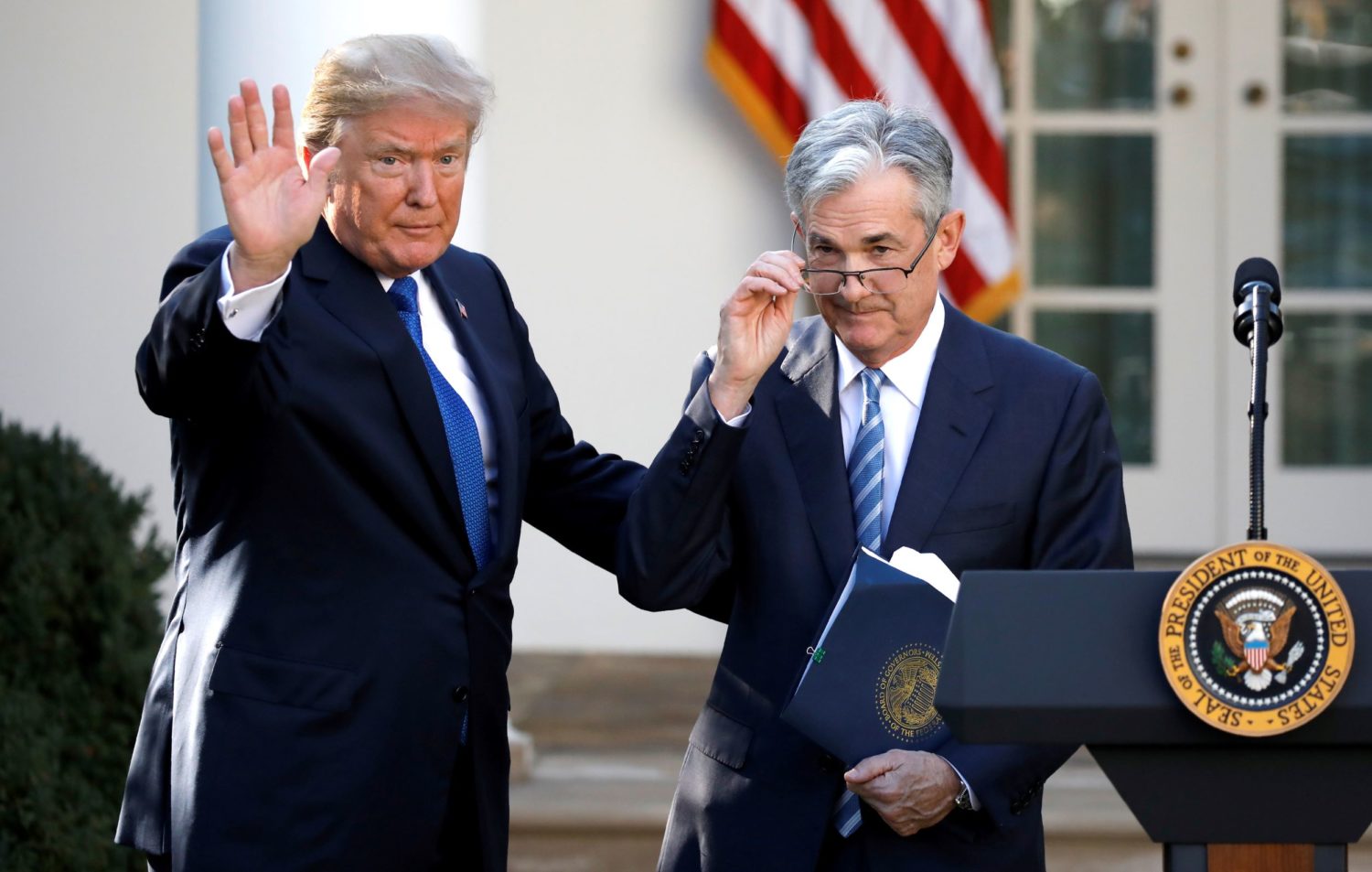 WASHINGTON (Reuters) – U.S. President Donald Trump and Federal Reserve Chair Jerome Powell met at the White House on Monday morning, their second meeting since Powell started the job in February 2017 and soon after became the target of frequent criticism from the president who had appointed him.

The Fed announced the meeting in a morning press release, noting they met “to discuss the economy, growth, employment and inflation.”

The Fed’s wording closely followed its description of Powell’s first meeting with Trump, this past February, over a dinner that also included Vice Chair Richard Clarida.

Trump’s tweet marked a change in tone. The president in recent months derided Powell and colleagues as “pathetic” and “boneheads” for not cutting interest rates, and in August labeled Powell personally as an enemy of the United States on a par with China leader Xi Jinping.

The Fed in its statement was careful to note what wasn’t discussed: Powell’s expectations for future monetary policy. Trump has for more than a year charged the Fed with undermining his economic policies by, in his view, keeping interest rates too high, and depriving the United States of what Trump feels are the benefits of the negative rates of interest set by the European and Japanese central banks.

The U.S. central bank has cut rates three times this year – in part to offset what it views as damage done by the Trump administration’s trade war with China. But after their last meeting, in October, policymakers signaled they would lower rates no further unless the economy takes a serious turn for the worse.

Less than 24 hours after that decision, Trump laid into Powell again, saying people are “VERY disappointed” in him and the Fed. And only last week, Trump lobbed another dig in a tweet that noted inflation was low: “(do you hear that Powell?)”

Powell “did not discuss his expectations for monetary policy, except to stress that the path of policy will depend entirely on incoming information that bears on the outlook for the economy,” the Fed said in its statement.

Powell appeared before congressional committees twice last week, and the Fed said his comments to Trump were “consistent” with his statements to lawmakers.

“Chair Powell said that he and his colleagues on the Federal Open Market Committee will set monetary policy, as required by law, to support maximum employment and stable prices and will make those decisions based solely on careful, objective and non-political analysis.”

Powell met with Trump in February, and in each of the three following months the two had a brief phone conversation. That compares with the three times his predecessor, Janet Yellen, met President Barack Obama at the White House; Yellen also met with Trump during her final year as Fed chair.

Powell’s has made much more extensive and deliberate efforts to court members of the House and Senate, even as Trump expressed regret for appointing Powell and reportedly explored whether he could remove him.

Fed chairs are appointed to four-year terms by the president, but once confirmed by the Senate are intended to be insulated from White House political pressure over how to manage monetary policy. They can only be removed “for cause,” not over a disagreement over policy.

Meetings between Fed chairs and presidents are not unprecedented but they are infrequent, as opposed to the nearly weekly sessions that central bankers have with the head of the Treasury.