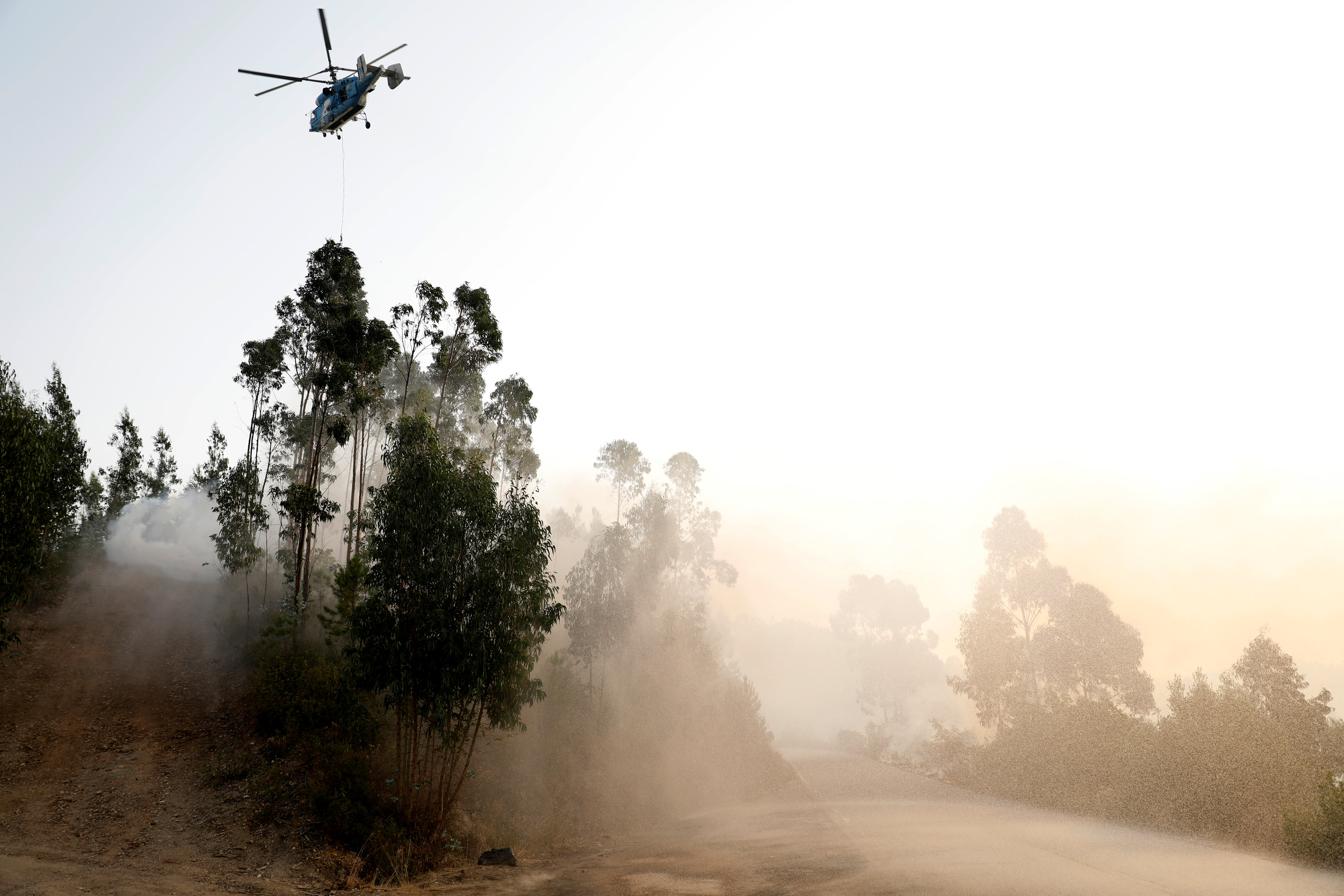 LISBON (Reuters) – More than 1,150 firefighters struggled to put out a fire in Portugal’s southern Algarve tourist region on Monday, which injured 25 people overnight and led to the evacuation of homes and hotels.

The fire, which started on Friday, grew over the weekend during a heatwave sweeping large parts of Europe. 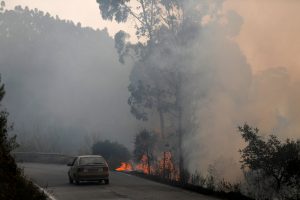 A car passes next to a fire near small village of Monchique, Portugal August 6, 2018. REUTERS/Rafael Marchante

Temperatures have started to fall from the peak of nearly 47 degrees Celsius, but it remains very hot in most of the country. Emergency services added a further 350 firefighters to combat the flames overnight.

People were evacuated from the area but Joao Furtado, 60, was forced to hide in a water tank to escape the flames as his house burned down, according to his sister-in-law.

“He was panicking because he was trapped in the house,” said Maria Helena Furtado. “There was fire everywhere and he couldn’t get out.”

Civil protection authorities said smoke was making it difficult for firefighting planes to access the area but nine helicopters were flying. There were 350 fire engines involved in the effort.

The fire is burning in the hills above the Algarve coast, an area popular with tourists for its hot springs. The smoke could be seen from the coast.

Antonio Monteiro, head of the Caldas de Monchique Spa Resort, one of the region’s best known hotels, said: “We had to evacuate all hotel guests and we don’t have any information about when we will reopen.”

Another hotel in the region, the Macdonald, was also shut.

Portugal’s biggest wildfire killed 114 people last year and it has since reinforced emergency services in the center of the country where the worst fires usually break out.

Until last week Portugal’s summer had been unusually cold and wet.