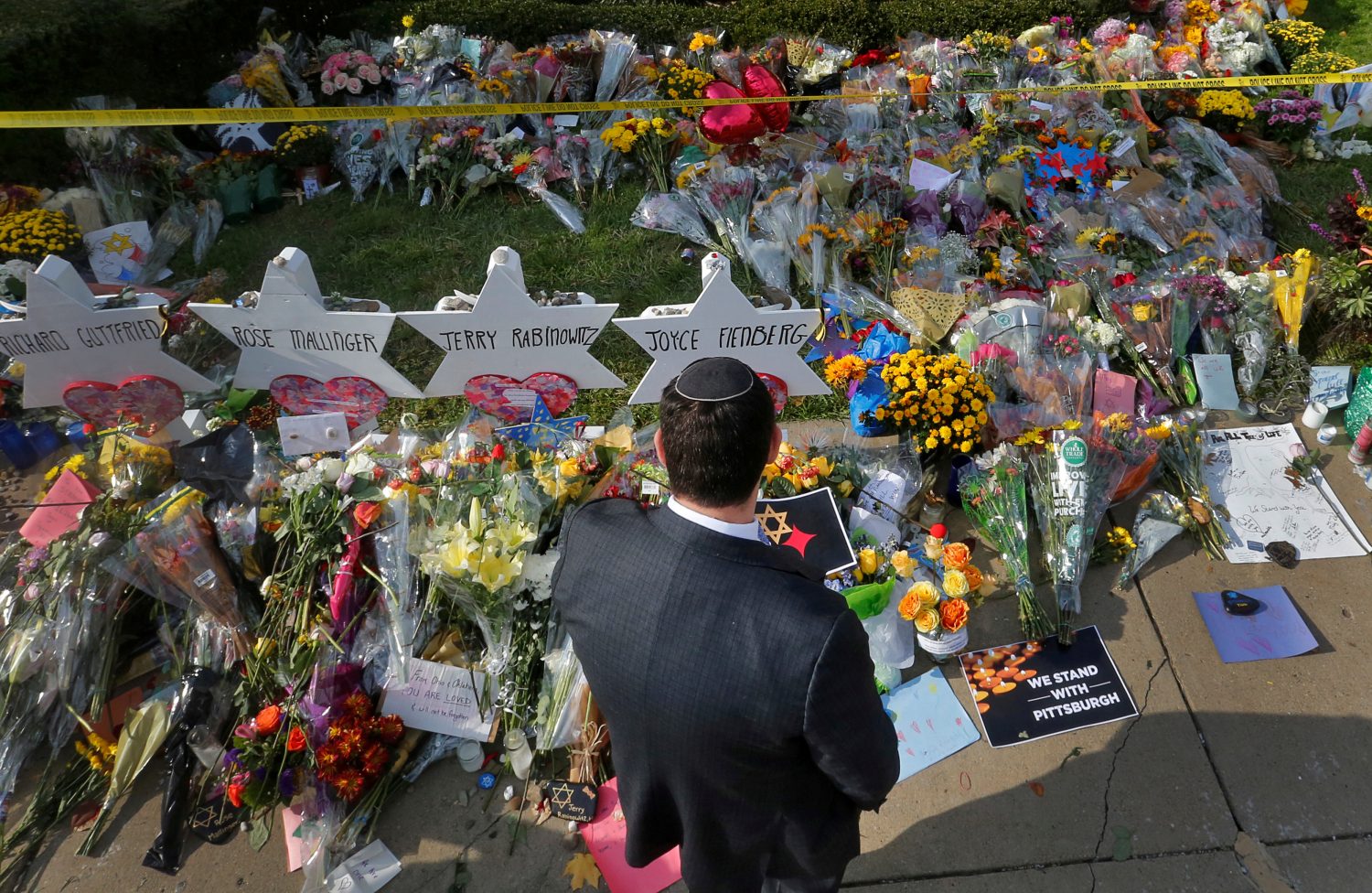 JERUSALEM (Reuters) – Anti-Semitic attacks worldwide rose 13 percent in 2018 from the previous year, with the highest number of incidents reported in major Western democracies including the United States, France, Britain and Germany, an annual study showed on Wednesday.

The report, by Tel Aviv University’s Kantor Center for the Study of Contemporary European Jewry, said far-right and far-left activists and Islamists were behind many attacks but said there was also evidence of anti-Semitism going more mainstream.

“Anti-Semitism is no longer an issue confined to the activity of the far left, far right and radical Islamists triangle – it has mainstreamed and became an integral part of life,” the report said.

It cataloged 387 anti-Semitic attacks worldwide and cited among the causes growing fears in Europe and elsewhere linked to mass immigration, economic hardship and opposition to Israel’s policies towards the Palestinians.

Physical attacks, with or without weapons, arson, vandalism and direct threats against Jews, synagogues and other Jewish institutions were included in the overall figure, with over 100 cases occurring in the United States.

Those incidents included the deadliest attack ever against Jews on U.S. soil, in which a gunman who stormed the Tree of Life synagogue in Pittsburgh yelling: “All Jews must die,” killed 11 Jewish worshippers on Oct. 27.

“The most disturbing development, that keeps continuing and intensifying since 2016, is that Jews in some countries feel they live in a state of emergency, because of the continuing rise, most notably in Western Europe and North America, in anti-Semitic manifestations,” the study said.

Last Saturday, a 19-year-old gunman opened fire on Sabbath worshippers in a Southern California synagogue, killing one woman and wounding three other people.

In the United States, the study noted among other factors, far-right groups and increasing hostility on campuses toward Jewish students who support Israel as fuelling anti-Semitism there.

In Britain, where 68 anti-Semitic attacks took place, the study blamed the impact of Brexit – which has helped fuel a rise in xenophobic nationalism – and what it called “virulent anti-Semitic opinions, disguised as anti-Zionism” expressed by the leader of the main opposition Labour Party, Jeremy Corbyn.

“For the first time in their long history British Jews, who feel they lost their political home, question their future in Britain,” it said.

The report said France, home to Europe’s largest Jewish community, had seen a 74 percent rise in violent anti-Semitism and Germany a 70 percent increase.

The report said those increases were driven especially by the rise of far-right movements and anti-Semitic sentiment among those countries’ growing Muslim population.

More than a million migrants, mostly Muslims fleeing conflicts in the Middle East, have moved to Germany since 2015.