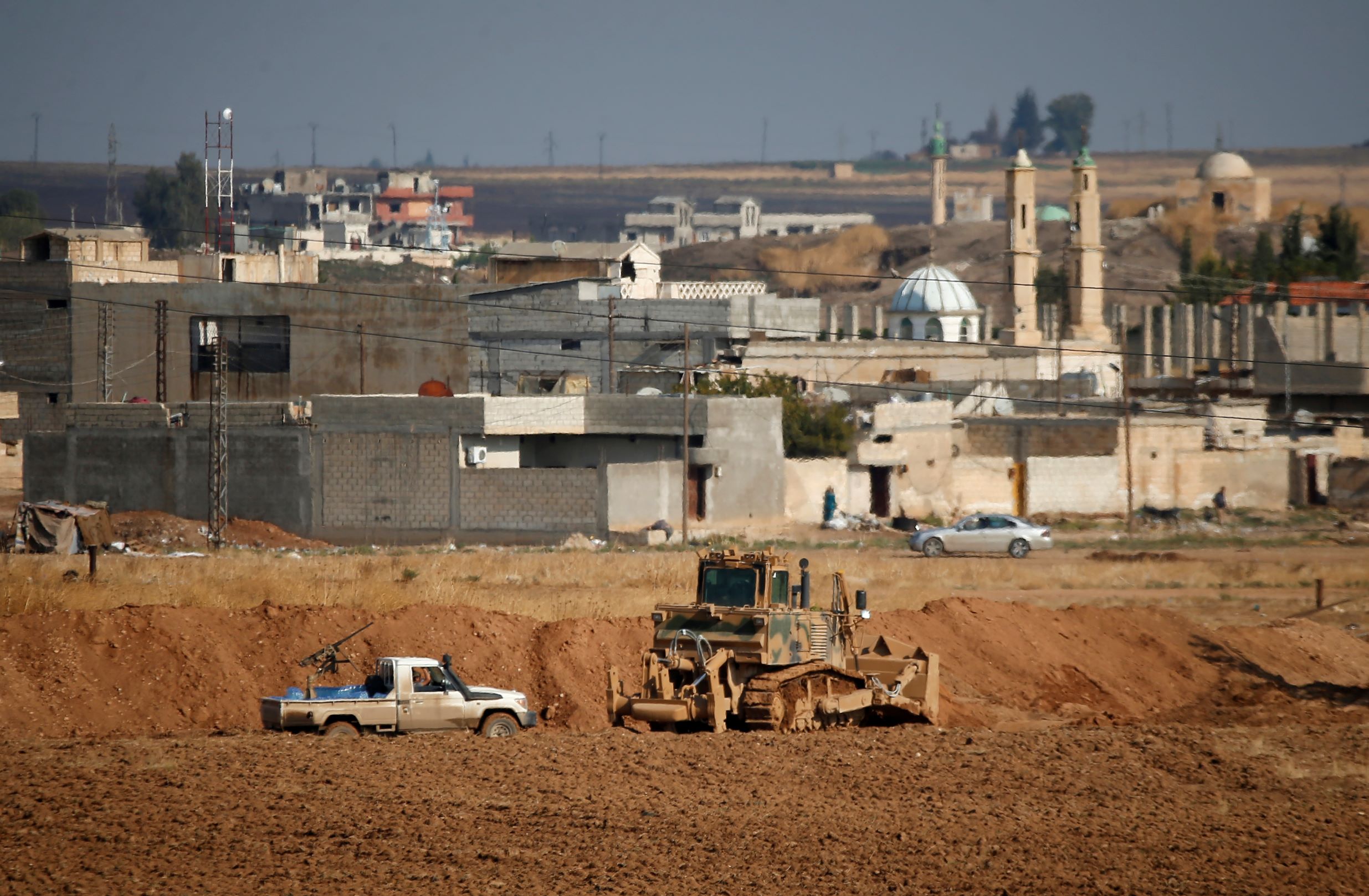 The state media gave no details but Turkish-backed rebels said similar, intermittent clashes had occurred in recent days with Syrian troops south of the town, which Turkey seized from Syrian Kurdish-led forces earlier this month.

The report underscores the risk that violence in northeast Syria could rekindle after Ankara and Moscow struck a deal a week ago in which Russia agreed to move the YPG at least 30 km (18.64 miles) south of the border by late on Tuesday.

As part of the deal, Syrian troops have with the agreement of Kurdish forces headed north to take up positions in a region Damascus has not controlled since early on in the country’s eight-and-a-half-year-old war.

In Ankara, President Tayyip Erdogan told lawmakers from his AK Party that Turkey has information the YPG has not completed its pull-out, despite assurances from Russia that they had left ahead of the deal’s deadline.

“Even though the information in our hands suggests this has not been succeeded in a full sense, we will give our response to them after our field assessments,” he said, adding Turkey reserved the right to return to military operations against the YPG in the area.

Ankara views the YPG as a terrorist organization because of its links to Kurdish militants in southeast Turkey, and aims establish a “safe zone” in northern Syria cleared of the YPG.

The YPG is the main component in the Syrian Democratic Forces (SDF) that fought for years alongside U.S. forces to shatter the declared “caliphate” of Islamic State militants that spanned a swathe of northern and eastern Syria.

Turkish-backed forces crossed the border into northeast Syria on Oct. 9 to attack the YPG after President Donald Trump’s abrupt withdrawal of U.S. forces there a few days earlier, drawing international condemnation of Ankara.

Trump’s decision has been condemned in Washington by Democrats and his fellow Republicans alike for abandoning Kurdish fighters who helped rout Islamic State.

On Tuesday, the House of Representatives voted decisively to sanction Turkey, a NATO ally.

Joint Russian-Turkish patrols had been set to begin on Tuesday at a depth of 10 km (6.2 miles) inside northern Syria, but Erdogan said they would begin on Friday and at a depth of just 7 km (4.3 miles).

“If we see that the members of the terrorist organization have not been moved out of the 30 km, or if attacks continue, no matter from where, we reserve our right to carry out our own operation,” Erdogan said.

On Tuesday, the Turkey-backed Syrian rebels said they had captured an undisclosed number of Syrian army soldiers near Tel Hawa, in the countryside around Ras al Ain. A spokesman for the rebels said that the YPG had not fully withdrawn from the border area and that a new round of clashes were expected.

Some 300,000 people have been displaced by Turkey’s offensive and 120 civilians have been killed, according to the Syrian Observatory for Human Rights, a UK-based war monitor.

The U.S. House voted 403-16 for a resolution calling on Trump to impose sanctions and other restrictions on Turkey and Turkish officials over its offensive in Syria.

In Geneva, Assad’s government condemned what it called the occupation of its land while the Syrian opposition demanded justice at the opening of a U.N.-backed panel meant to usher in reconciliation, political reforms and free and fair elections as a basis for a lasting peace.