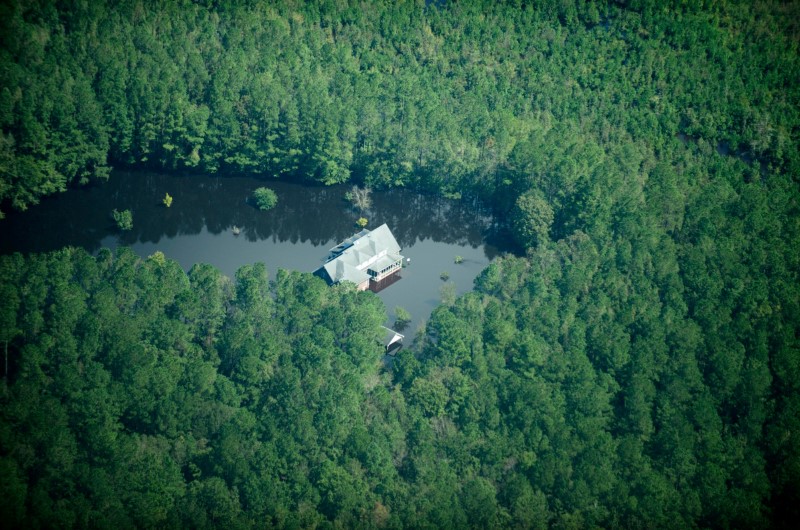 CHARLESTON, S.C./RALEIGH, N.C. (Reuters) – Authorities urged thousands of people to leave their homes around the city of Georgetown, South Carolina as water dumped by long-departed Hurricane Florence surged down rivers and threatened to bring devastating floods.

Water levels were still rising early on Tuesday, said emergency services there, more than a week after the storm first made landfall on the U.S. Atlantic coast and killed 46 people mostly in North Carolina.

Parts of Georgetown could be submerged in up to 10 feet (3 meters) of floodwaters in the next few days as the Pee Dee and Waccamaw rivers overran their banks, said the National Weather Service.

The deluge threatened to cut off highways and isolate communities, they added.

“If the flood map … shows you are in an affected area, you need to leave,” Georgetown County Sheriff Lane Cribb said on Monday. “Your property can be replaced, but your life can’t.”

Authorities were sending recorded telephone messages to residents in harm’s way and will go door-to-door over the next two days, Georgetown County spokeswoman Jackie Broach-Akers said.

The potential flood zone encompasses some 3,500 homes in Georgetown, 37 miles (60 km) south of Myrtle Beach, and the coastal resort community of Pawleys Island where as many as 8,000 people live, Broach-Akers said.

FLORENCE IMPACT “STILL WITH US”

The county opened two emergency shelters on Monday, and hotels outside the flood zone in nearby Myrtle Beach were offering discounts to evacuees. Public schools will be closed until further notice, Broach-Akers said.

The National Weather Service said flooding from Florence would likely persist in coastal parts of the Carolinas for days as the high-water crest of numerous rivers keeps moving downstream toward the ocean.

In North Carolina, Governor Roy Cooper said on Monday that seven rivers in the southeast part of the state were at major flood stages and three others at moderate flood stages.

“Florence is gone but the storm’s devastation is still with us,” Cooper said in a statement.

The storm dumped 30 to 40 inches (75 to 100 cm) of rain on Wilmington, North Carolina, alone after making landfall nearby on Sept. 14. The storm moved northwest before turning back east and becoming a post-tropical cyclone over West Virginia three days later.

Insured losses from Hurricane Florence will range from $2.8 billion to $5 billion, RMS, a risk modeling and analytics firm, said on Monday.