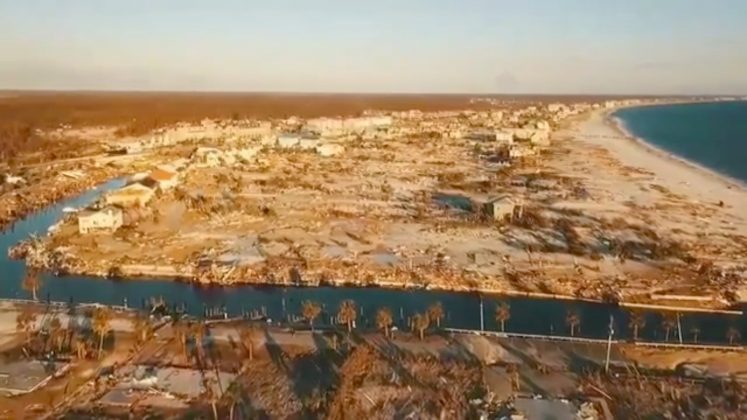 PANAMA CITY BEACH, Fla. (Reuters) – Another 10 people in Florida have been confirmed dead in the wake of Hurricane Michael, bringing the number of storm-related deaths to at least 29 as rescue workers try to reach hundreds more people whose whereabouts are unknown.

Michael, which made landfall on Wednesday as one of the most powerful storms on record to hit the continental United States, has killed 20 people in the Florida Panhandle, five in Virginia, three in North Carolina and one in Georgia, according to official tallies.

Teams from volunteer rescue organization CrowdSource Rescue were steadily making contact with people flagged by friends and relatives in the Panhandle disaster zone, according to Matthew Marchetti, co-founder of the Houston-based group. Volunteers still had not reached more than 1,135 people on Tuesday morning.

As cell phone service returned, the number of people unaccounted for in Mexico Beach, one of the hardest-hit towns, dropped to three, said Rex Putnal, a city councilor. A day earlier, it was more than 30.

“Hopefully, they left and we’ll find them safe somewhere,” he said, before heading to a clean-up effort where workers awaited the arrival of some overdue portable toilets.

“This type of living wears on you,” Putnal said. “This is about my fifth day and I’m just not used to washing clothes in a tub with no washer and dryer and eating only peanut butter and jelly sandwiches.”

The town of 1,200 residents had reported two fatalities as of Monday. Rescue workers were using dogs to find any bodies that might be buried under the debris.

More than 200,000 people remained without power in the U.S. Southeast, with residents of battered coastal towns forced to cook on fires and barbecue grills.

At least 80 percent of customers in three mainly rural Panhandle counties were without electricity on Tuesday. Officials said it could be weeks before power returns to some. 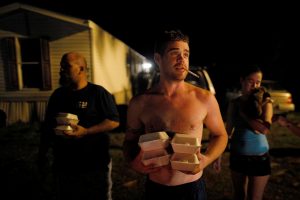 Countless residents in the region’s backcountry have struggled for days without running water or sanitation, awaiting help from authorities. Some have been camping in tents with the belongings they were able to salvage.

Downed trees hampered access to those stranded by the storm.

The state government is distributing ice, water, and about 3 million ready-to-eat meals, according to Governor Rick Scott’s office.

Michael slammed into the Florida Panhandle last week with top sustained winds of 155 miles per hour (250 km per hour).

U.S. President Donald Trump and first lady Melania Trump visited the storm-affected areas on Monday, distributing bottles of water at an aid center in Lynn Haven, a city of about 18,500 people near Panama City.