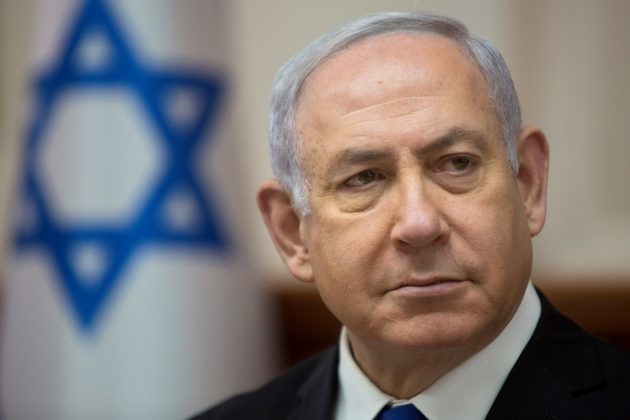 JERUSALEM (Reuters) – Israeli Prime Minister Benjamin Netanyahu will make a televised announcement Monday evening (1700 GMT) in what his office said would be a “significant development” regarding the nuclear agreement with Iran.

The announcement will be made from Israel’s military headquarters in Tel Aviv, according to a brief statement from Netanyahu’s office.

“Prime Minister Benjamin Netanyahu will make a statement on a significant development regarding the nuclear agreement with Iran,” the statement said, offering no further details.

Netanyahu met on Sunday with new U.S. Secretary of State Mike Pompeo and the two had spoken about Iran.

Speaking alongside the Israeli leader, Pompeo said in Tel Aviv: “We remain deeply concerned about Iran’s dangerous escalation of threats towards Israel and the region.”

Netanyahu had said: “I think the greatest threat to the world and to our two countries, and to all countries, is the marriage of militant Islam with nuclear weapons, and specifically the attempt of Iran to acquire nuclear weapons.”

U.S. President Donald Trump has threatened to withdraw from the 2015 agreement reached between Iran and global powers, which granted Tehran relief from economic sanctions in return for curbs to its nuclear program.

Israel has long opposed the agreement. Washington’s major European allies have urged the Trump administration not to abandon it and argue that Iran is abiding by its terms.