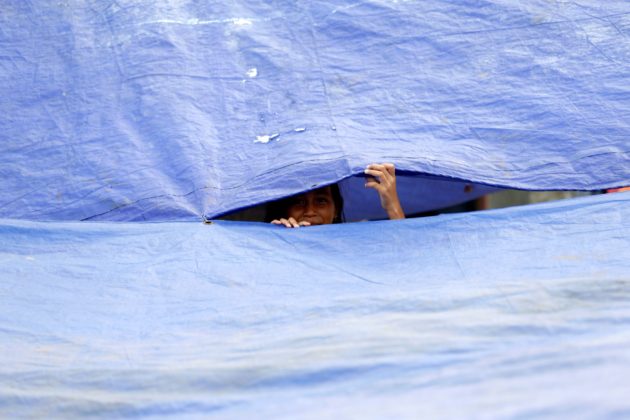 By Bernadette Christina and Jessica Damiana

JAKARTA (Reuters) – Indonesia’s air force seeded clouds with salt on Friday to try to stop rainfall reaching the slowing sinking capital after deadly flash floods and landslides triggered by some of the heaviest rain ever recorded.

The death toll in Jakarta and surrounding areas rose to 43 as of Friday, the disaster mitigation agency said, while tens of thousands of people have been displaced.

Indonesia’s technology agency BPPT and the air force carried out three rounds of cloud seeding on Friday, with more expected when needed, a BPPT official said.

The seeding, shooting salt flares in an attempt to trigger rainfall, is aimed at breaking up clouds before they reach Jakarta.

“We will do cloud seeding every day as needed,” BPPT chief Hammam Riza told reporters.

Cloud seeding is often used in Indonesia to put out forest fires during the dry season.

The floods followed torrential rains on Dec. 31 and into the early hours of New Year’s Day that inundated swathes of Jakarta and nearby towns, home to about 30 million people.

The deluge at the start of 2020 was “one of the most extreme rainfall” events since records began in 1866, the Meteorological, Climatological and Geophysics Agency (BMKG) said on Friday.

The agency said climate change had increased the risk of extreme weather and warned that heavy rainfall could last until mid-February, with Jan 11-15 an expected peak.

Television footage showed flood waters inundating parts of Southeast Asia’s largest city and mud-covered cars, some piled on top of each other.

President Joko Widodo blamed delays in flood control infrastructure projects for the disaster, including the construction of a canal that has been delayed since 2017 due to land acquisition problems.

Widodo last year announced he would move Indonesia’s capital to East Kalimantan province on Borneo island to reduce the burden on overpopulated Jakarta.

More than 50 people died in one of the capital’s deadliest floods in 2007 and five years ago much of the centre of the city was inundated after canals overflowed.

Jakarta is sinking by several cm a year in northern parts, an official said in October, due to extraction of groundwater over the years causing layers of rock and sediment to slowly pancake on top of each other.