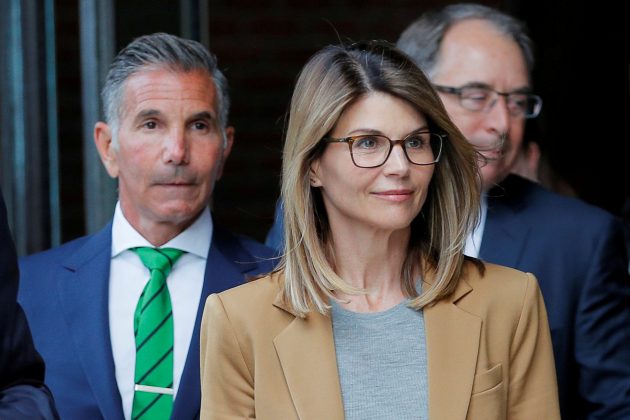 BOSTON (Reuters) – Actress Lori Loughlin said on Monday she will plead not guilty to charges that she participated in what prosecutors say was the largest college admissions scandal uncovered in U.S. history.

Loughlin, who starred in the television sitcom, “Full House,” and her fashion designer husband Mossimo Giannulli filed papers in federal court in Boston seeking to waive their personal appearances at an arraignment hearing and have not guilty pleas entered on their behalf.

They are among 50 people accused of participating in a scheme that allowed wealthy parents to use cheating and bribes to help their children secure spots at universities like Yale, Georgetown and the University of Southern California (USC).

Loughlin, 54, and Giannulli agreed with Singer to pay $500,000 to have their two daughters named as recruits to USC’s crew team, prosecutors said, even though they did not row competitively, to help them gain admission.

The couple and several other parents were originally charged with conspiracy to commit mail and wire fraud. Prosecutors secured an indictment on April 9 that included an additional charge of conspiring to commit money laundering.

In all, 33 parents have been charged in the college admissions scandal. Of those, 14 have agreed to plead guilty, including “Desperate Housewives” TV star Felicity Huffman.

(Reporting by Nate Raymond in Boston; Editing by Jeffrey Benkoe)