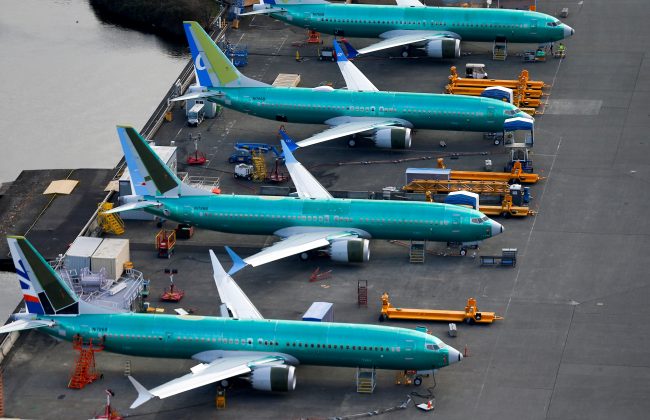 Boeing has been working on a software upgrade for an anti-stall system and pilot displays on its fastest-selling jetliner in the wake of the deadly Lion Air crash in Indonesia in October.

Similarities between the flight path in the Lion Air incident and a fatal Ethiopian Airlines crash on March 10 have raised fresh questions about the system. The two crashes killed a total of 346 people.

American is the second-largest U.S. operator of the MAX in the United States with 24 jets, behind Southwest Airlines with 34.

“This airplane can be a safe airplane, and there have been great strides on getting a fix in the works, but I’ll have a better feel after we can test it out,” said Mike Michaelis, safety committee chairman of the Allied Pilots Association (APA), which represents American Airlines pilots.

Michaelis said one APA pilot and one pilot from American’s management team would test the software fix in Renton, Washington, where Boeing builds the MAX and has two simulators.

“We have been engaging with all 737 MAX operators and we are continuing to schedule meetings to share information about our plans for supporting the 737 MAX fleet,” Boeing spokesman Paul Bergman said.

MAX jets were grounded worldwide in the wake of the Ethiopian crash.

Boeing has indicated it would deploy the software update by April or sooner, though it was unclear how long it would take to get the jets flying again. Pilots must complete FAA-approved computer-based training on the changes, followed by a mandatory test, and some pilots have said more may be needed.

After Lion Air, American pilots met with Boeing executives in Fort Worth, Texas and demanded to know why the manufacturer had not told them about the new system, known as MCAS.

They also questioned whether a 56-minute iPad course on the MAX had been sufficient.

The main simulator producer, Canada’s CAE Inc, said it has delivered nine of the simulators, which are now in high demand but take about a year to build. CAE expects to deliver 20 more in 2019.

“When it comes to safety issues, it has to be a full-course meal, nothing a la carte,” said Dennis Tajer, a spokesman for the American Airlines pilots’ union and a 737 pilot.