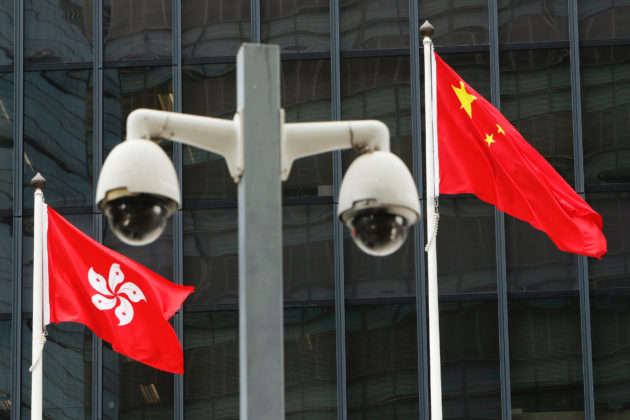 HONG KONG (Reuters) – Ever since Britain returned Hong Kong to Chinese rule in 1997, opposition activists have tried to bring full democracy to the city, believing that China would live up to its promise to one day allow universal suffrage to elect the city’s leader.

On Friday, that campaign was dealt its biggest blow. Chinese parliamentarians in Beijing unveiled details of a plan to revamp the political structure of China’s freest city that critics say has all but killed off the pledge of one person, one vote.

China’s move comes months after a sweeping national security law was imposed on the Asian financial hub, cracking down on dissent, and more than a year after months of sometimes violent anti-China, pro-democracy protests which swept the city.

“There is not much we can do to effectively change what they’re deciding,” the head of the Democratic Party, Lo Kin-hei, told Reuters.

The structural changes will include increasing the city’s legislative seats from 70 to 90, with some of these to now be decided by a committee stacked with Beijing loyalists. Seats likely to be controlled by the democrats will either be scrapped or reduced.

A 1,200-person committee that picks Hong Kong’s leader will be expanded – further “improving” a system controlled by Chinese “patriots,” according to Wang Chen, a vice chairman of the Standing Committee of China’s National People’s Congress.

Wang told reporters the moves, that would involve re-drafting parts of Hong Kong’s mini-constitution, the Basic Law, would consolidate China’s “overall jurisdiction” over the city and fix “deep-seated problems” once and for all.

It was in the Basic Law that Beijing promised universal suffrage as an ultimate goal for Hong Kong.

But Friday’s moves now stand to nip in the bud the risk of any resurgence of the democracy movement, founded after Beijing’s violent crackdown on pro-democracy protesters in and around Tiananmen Square in 1989.

With many leading democrats now jailed or forced into exile, including Lo’s predecessor, Wu Chi-wai, who was denied bail this week along with dozens of others for an alleged conspiracy to “overthrow” the government, the democrats will try to utilize their grassroots networks to keep their ideals alive.

“The trust towards the system is fading … and it’s not a good sign if we want a more peaceful society to not allow different voices to be in harmony,” Lo told Reuters.

“It’s a great tragedy,” said the source, who declined to be identified given the sensitivity of the political atmosphere. “They are moving backwards, not forwards, and taking us back in time to a dark, dark place.”

With the opposition now likely to become a permanent minority in a re-modelled legislature, the shift towards China’s one-party model will create openings for new patriotic factions, critics and some pro-Beijing politicians say.

China, given its rise into a global superpower, now has the power and resources to extend its autocratic governance despite criticism and sanctions from the West.

More than 50 democratic advocates crammed into a court in the city this week, some of whom face potential life imprisonment on a subversion charge under the national security law promulgated directly by China’s parliament last June.

Two democrats, veteran activist Leung Kwok-hung and former law professor Benny Tai, had to shuttle between two court rooms for concurrent hearings, while others were taken to hospital after falling ill during marathon sessions.

Under the security law, the onus rests on defendants to argue a case for bail – which critics say overturns the common law tradition.

Hong Kong returned to China in 1997 under a “one country, two systems” formula, which guaranteed its way of life, freedoms and independent legal system.

Barrister Martin Lee, 82, dubbed the city’s father of democracy, wrote in a 2014 editorial in the New York Times that universal suffrage was the only way to honor Deng’s “one country, two systems” formula and to “keep his blueprint from becoming a litany of broken promises”.

The current moves could be a final departure from that.

“This is now an over-correction,” a senior Western diplomat told Reuters.

“In trying to wrest control back, there is a danger that they will overdo it and kill the goose that lays the golden egg.”