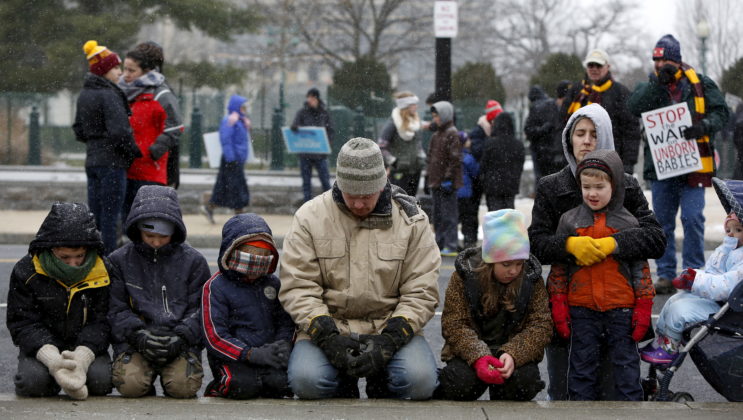 WASHINGTON (Reuters) – During a 2016 presidential debate, then-candidate Donald Trump made a statement that seemed brash at the time: If he were elected and got the chance to nominate justices to the U.S. Supreme Court, the Roe v. Wade ruling that legalized abortion would be overturned.

By this time next year, with the court having tilted further to the right thanks to Trump’s three appointments to the nation’s highest court, his prediction could come true.

The court’s decision on Wednesday night to allow Texas’ six-week abortion ban to go into effect in apparent contravention of the 1973 Roe decision suggests the court is closer than ever to overturning a ruling U.S. conservatives have long reviled.

“We don’t know how quickly or openly the court will reverse Roe, but this decision suggests that it’s only a matter of time,” said Mary Ziegler, an expert on abortion history at Florida State University College of Law.

Two generations of American women have grown up with access to abortion, although its use has declined over the past decade.

But while Roe handed liberals a victory on a crucial issue of the times, it also helped to power the religious right into a galvanizing force as it worked to get the decision overturned.

Since Congress never acted to formalize abortion rights – which shows what a hot button issue it is politically – the same court that once legalized abortion has the power to allow states to ban it.

In the coming months, the court will weigh whether to throw Roe out altogether as the justices consider whether to uphold a 15-week abortion ban in the state of Mississippi.

Unlike the Texas dispute, in which the justices did not directly address whether Roe should be reversed, they will in the Mississippi case.

A ruling is due by the end of June 2022, just months before an election that will determine whether the Democrats retain their narrow majority in both houses of Congress.

The reason why the outcome could be different now is in part thanks to the decades-long efforts of conservative legal activists to re-shape the court, which bore fruit during Trump’s presidency. Trump was aided by then-Senate Majority Leader Mitch McConnell as well as the death of liberal icon Justice Ruth Bader Ginsburg, which gave him a third vacancy to fill just before he lost the November 2020 election.

All three Trump nominees were pre-vetted by conservative lawyers associated with the Federalist Society legal group. All three — Neil Gorsuch, Brett Kavanaugh and Amy Coney Barrett — were in the majority as the court allowed the Texas abortion law to go into effect.

The court now has a rock-solid 6-3 conservative majority, which means that even if one peels away – as Chief Justice John Roberts did on Wednesday and in another abortion case in 2020 – the conservative bloc still retains the upper hand.

Conservative Republican McConnell played a key role in the Senate, which has the job of confirming nominees to the bench.

Democrats’ hopes were raised early in 2016, when conservative Justice Antonin Scalia died, that what had been a 5-4 conservative majority on the high court could switch to a 5-4 liberal majority for the first time in decades. McConnell crushed those dreams, refusing to move forward with then-Democratic President Barack Obama’s nominee, Merrick Garland.

As a result, when Trump came into office in early 2017 he was able to immediately nominate Gorsuch, who was duly confirmed by McConnell’s Republican-led Senate.

Trump and McConnell then pushed through the nomination of Kavanaugh to replace the retiring Justice Anthony Kennedy in 2018 despite allegations of sexual misconduct against the nominee, which he denied. Kennedy was a conservative but had voted to uphold abortion rights in key cases, including in 1992.

Finally, in September 2020, Ginsburg died. In an unprecedented move, Trump and McConnell installed Barrett just days before Election Day on Nov. 7, leading to widespread accusations of hypocrisy but cementing the conservative majority.

Despite the favorable winds, some anti-abortion advocates are playing down the importance of the Supreme Court’s Texas ruling, and say the fate of Roe v Wade is still up in the air.

“I’ve long thought the court should overturn Roe because it is not based on what the Constitution actually says,” said John Bursch, a lawyer at conservative Christian legal group Alliance Defending Freedom, before adding: “This order doesn’t give a signal either way about what the majority will do in the Mississippi case.”