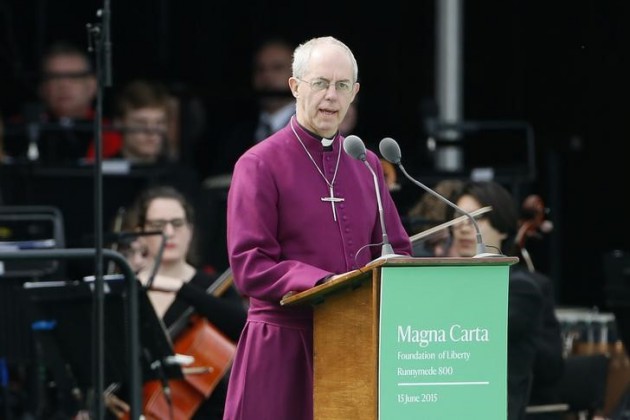 The Anglican communion, which counts some 85 million members in 165 countries, has been in crisis since 2003 because of arguments over sexuality and gender between liberal churches in the West and their conservative counterparts, mostly in Africa.

Following four days of closed-door talks, the heads of the world’s 38 Anglican provinces said the liberal U.S. Episcopal Church would be barred for three years from taking part in decision-making on doctrine or governance.

Episcopal Church Presiding Bishop Michael B. Curry told his peers at the talks that the decision would “bring real pain” but told them he was “committed to ‘walking together’ with you as fellow primates in the Anglican family”, according to an Episcopal news website.

Anglicans are the world’s third-largest Christian denomination after Roman Catholics and the Orthodox.

Ahead of the talks, convened by Archbishop of Canterbury Justin Welby, the spiritual leader of Anglicans, some African primates had threatened to walk out unless “godly order” was restored, and there were widespread fears of a formal schism.

That was averted by the formal slap on the wrist for the liberal Americans, but early reaction suggested deep divisions would persist.

The head of the Anglican Church in North America, Archbishop Foley Beach, said the sanctions were “not strong enough”. The church he leads includes many conservatives who broke away from the Episcopal Church over its approach to marriage.

“This is a good step back in the right direction, but it will take many more if the Communion is to be restored,” Beach said in a statement after the meeting.

But at Canterbury Cathedral, the mother church of Anglicans where the talks took place, Welby was confronted by a group of about 40 African gay and lesbian Anglicans angry about the penalties against the Episcopal Church.

“You have been very much in my mind this week. I am aware of the difficulties you face,” Welby told the protesters, many of whom were bearing placards with slogans such as “Anglican Archbigots, shame on you”.

A Nigerian gay Anglican who gave his only his first name, Chijioke, said religious leaders on the continent should be focusing on issues such as bad government and poverty rather than obsessing about issues of sexual orientation.

“We have been made to feel that we are nobody. That is not what the Church should do. God created all of us,” he told Reuters just outside the cathedral.

Chris Bryant, a gay former Anglican priest who is a member of the British parliament for the opposition Labour Party, said on Twitter: “I’ve finally given up on Anglican church today after its love-empty decision on sexuality. One day it will seem as wrong as supporting slavery.”

The sanctions against the U.S. church prevent it from speaking on behalf of Anglicans on interfaith or ecumenical bodies and bar it from certain internal committees for a period of three years.

The statement from the primates said the Episcopal Church had caused deep pain and worsened mistrust within the communion by changing its canon on marriage to include same-sex couples.

In a broader communique released later on Friday, the primates also said that they “condemned homophobic prejudice and violence” and reaffirmed their “rejection of criminal sanctions against same-sex attracted people”.

But such language was unlikely to placate liberals in the communion, which has also been dogged by disagreements over the ordination of women and openly gay men as bishops and priests.