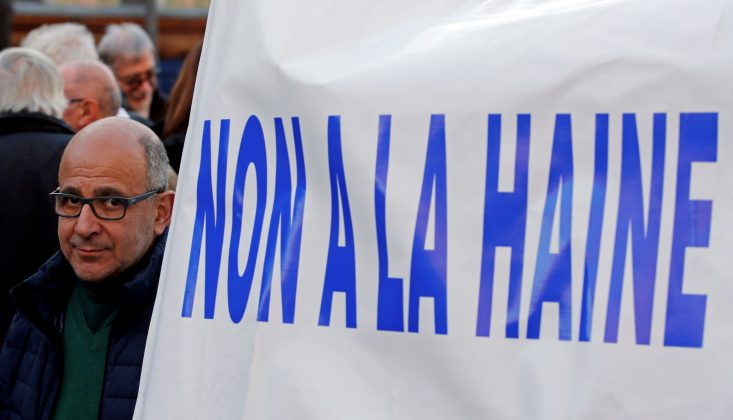 FILE PHOTO: People attend a gathering in memory of Mireille Knoll, an 85-year-old Holocaust survivor stabbed to death and burnt in her Paris apartment in an apparent anti-Semitic attack, in Marseille, France March 28, 2018. The banner reads "No to hate". REUTERS/Jean-Paul Pelissier/File Photo