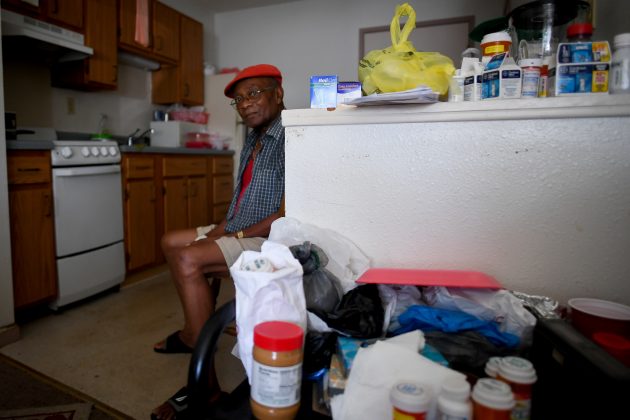 (Reuters) – Only one in five Florida nursing homes plans to rely on deliveries of temporary generators to keep their air conditioners running if Hurricane Dorian knocks out power, a state agency said on Friday, short of the standard set by a law passed after a dozen people died in a sweltering nursing home after 2017’s Hurricane Irma.

State officials are also racing to check some 120 nursing homes and assisted living facilities where they are unsure if generators or contingency plans are in place, Governor Ron DeSantis told a news conference.

The state’s residents, meanwhile, scrambled to board up their windows and stock up on food ahead of the storm, which is forecast to grow into a potentially deadly major hurricane before it roars ashore early on Tuesday.

The generator question is a matter of urgency in Florida, an aging state where some 190,000 people live in nursing homes and assisted-living facilities. DeSantis’ predecessor, Rick Scott, signed the March 2018 law requiring all nursing homes to be able to keep their temperatures at or below 81 degrees Fahrenheit (27°C) for at least 72 hours after losing power.

The law followed pervasive problems in the wake of 2017’s Hurricane Irma, which knocked out electricity to a wide swath of the state. Police in Hollywood, Florida, earlier this week charged four nursing home employees with causing the deaths of 12 patients in the sweltering heat of a post-hurricane power outage.

The picture is brighter among the state’s 3,061 assisted-living facilities, which can house 106,086 people. Fully 94.3% of those sites have permanent generators in place, according to Florida’s Agency for Health Care Administration.

State legislative records, however, show that hundreds of nursing homes have received waivers allowing them to operate with temporary generators, even though the 2018 law intended for all sites to have permanent generators in place by the start of last year’s hurricane season.

The agency, which oversees nursing home and assisted-living facilities in the state, said it was working to ensure that all those sites complied with the law.

(Reporting by Scott Malone in Boston; Editing by Dan Grebler)