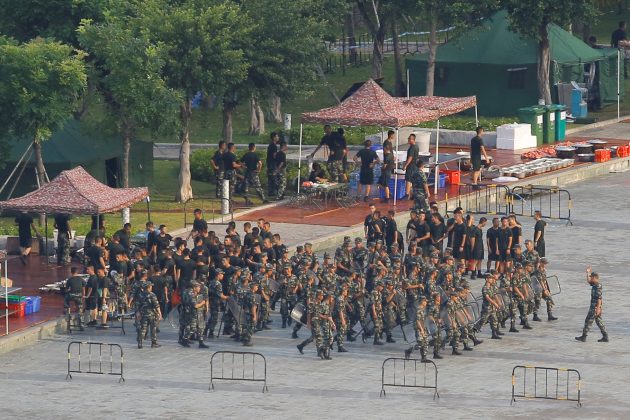 Chinese soldiers walk in formation on the grounds of the Shenzhen Bay Sports Center in Shenzhen across the bay from Hong Kong, China August 15, 2019. REUTERS/Thomas Peter 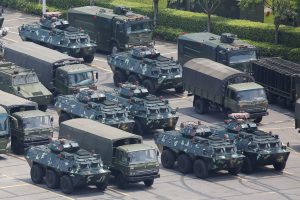