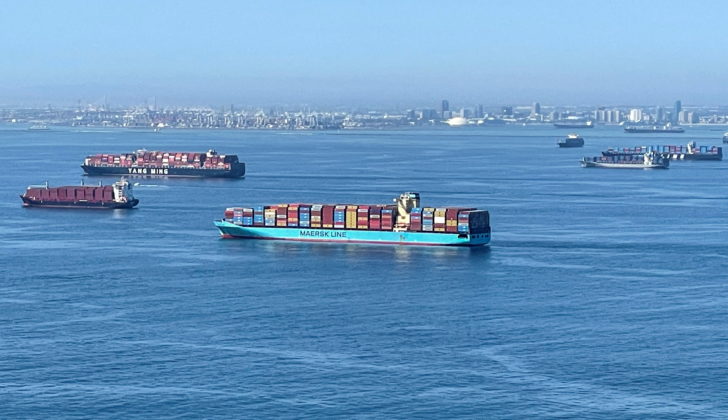 LOS ANGELES (Reuters) – The number of container ships waiting to enter the busiest U.S. seaport complex hit a new record of 84 on Tuesday, as growing piles of empty containers crowd docks at the Southern California facility that has been racing to remove lingering imports.

The conundrum illustrates the challenge faced by a U.S. government task force charged with tackling supply chain snarls that are contributing to product shortages and inflation.

U.S. ports have been inundated with cargo since the pandemic shifted spending away from restricted entertainment like travel and dining out to physical goods. COVID-19 also reduced labor needed to keep goods flowing smoothly. Aging truckers retired early, while infection control measures have limited dock and warehouse staffing.

There are now roughly 65,000 empty containers on the Port of Los Angeles docks, up about 18% from just a couple of weeks ago, said the port’s executive director, Gene Seroka. He added that “sweeper” ships are inbound to shuttle some of those boxes back to factories in Asia.

Railroads and truckers have made progress moving import containers off docks at the adjacent ports of Los Angeles and Long Beach – prompting executives from to delay imposing a new fee on overstaying imports by one week to Nov. 22.

The new fee would hit imports destined for truck removal after nine days or more on docks, and would start after six days or more for rail-bound cargo. Ports would charge ocean carriers escalating fees for overstaying container – with a $100 charge for the first day, $200 for the second, and so on.

Prior to the pandemic, containers intended for local truck deliveries spent fewer than four days on average on docks, while containers earmarked for trains stayed less than two days, the ports said.

Ocean carriers like AP Moller Maersk said they plan to pass any new fees on to importers – meaning that consumers could ultimately shoulder the extra cost.