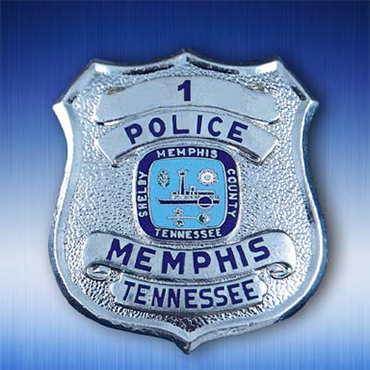 The man, identified as 20-year-old Brandon Webber, was shot by the agents after he rammed his vehicle into their vehicles as they sought to arrest him on multiple warrants at about 7 p.m. on Wednesday in the working-class neighborhood of Frayser, according to the Tennessee Bureau of Investigation.

Public records show that Webber was arrested five times, for driving violations and on charges that included possession of drug paraphernalia and marijuana. The outcome of those arrests was not clear from the records. The bureau said Webber was carrying an unspecified weapon when he got out of his vehicle.

At least 24 officers and deputies were injured, with six hospitalized, during the confrontation, Mayor Jim Strickland said in a statement, adding that two journalists also were injured. The injuries were mostly minor, police said, and the crowd eventually dispersed. It was not clear how many civilians were hurt or whether anyone was arrested.

Shortly before he was shot, Webber posted a live video on Facebook that showed him in a car, rapping and apparently smoking a marijuana cigarette. In the video, he looked out the window and said he saw police. With a laugh, he looked directly into the camera and said the officers would “have to kill me.”

Authorities did not state the reason for the arrest warrants.

The tense scene afterward raised the possibility of more disturbances in the predominantly black city, evoking memories of a string of sometimes violent protests against police brutality that broke out in other cities in recent years. Those clashes, notably many days of protests after an unarmed black man was killed in Ferguson, Missouri, in 2014, gave rise to the Black Lives Matter movement.

The Marshals Service, an arm of the U.S. Justice Department, arrests fugitives, among other roles.

As news of the death spread, an angry crowd estimated at about 300 people gathered in the streets. Some threw rocks and spat at the police, the mayor said in his statement. Police strapped on protective riot gear and tried to control the crowd by spraying chemicals, according to officials and media reports. Video footage of the protests showed one man bashing a police car with a chair. The mayor said “multiple police cars” were vandalized.

Leslie Earhart, a spokeswoman for the bureau, declined to provide further information about the shooting while the investigation was ongoing, including the type of weapon Webber was reported to have had, the reason for the arrest warrants, and whether Webber’s father and neighbors were correct when they said Webber had been shot between 16 and 20 times.

Dave Oney, a spokesman for the Marshals Service, declined to say why marshals were seeking to arrest Webber.

The Facebook page for Webber, who was a father, was filled with tributes from friends mourning his death.

“The U.S. Marshals killed my son,” Sonny Webber, Brandon Webber’s father, said in a brief telephone interview. “He just had his first daughter a couple of weeks ago, and another daughter on the way.”

The younger Webber was also the father of a 2-year-old son, and had planned to attend the University the Memphis in August, his father said.

Tami Sawyer, an elected member of the board of county commissioners, said on Twitter many people in the crowd were enraged by the belief that Webber had been shot more than a dozen times.

The mayor chastised the protesters in his statement. “Let me be clear,” Strickland wrote, “the aggression shown towards our officers and deputies tonight was unwarranted.”

(Reporting by Rich McKay and Jonathan Allen in New York; Writing by Will Dunham; Editing by Steve Orlofsky)