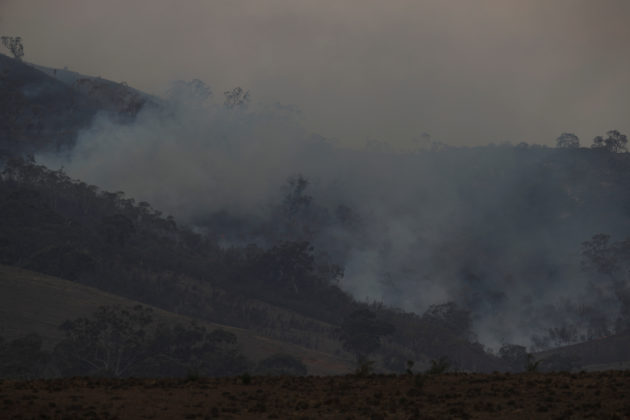 SYDNEY/MELBOURNE (Reuters) – Many Australians were experiencing a bittersweet break from the threat of bushfires on Thursday, with flooding rains deluging some parts of the eastern states and miners preparing for a tropical cyclone to hit the country’s iron ore heartland over the weekend.

The Bureau of Meteorology (BOM) issued severe thunderstorm warnings for the southeast of Queensland state and a flood alert for more than 20 areas in New South Wales (NSW) after the start of heavy rainfall that is expected to continue for several days.

“We are expecting those larger totals and heavier rainfall to come into the northeast coast of NSW and then sort of track slowly southwards,” he said.

Cricket Australia said a bushfire fundraising match which was set to be played in Sydney on Saturday had to be rescheduled for Melbourne on Sunday because of the rain.

Miners Rio Tinto and BHP Group said they were monitoring the situation and making preparations ahead of Saturday, when a tropical low off the coast of Western Australia is forecast to develop into a category three cyclone that was set to make landfall in the Pilbara area.

“With strong winds and heavy seas predicted, both Port Walcott (Cape Lambert) and Dampier ports are being cleared, as this impacts the ability to safely moor vessels,” Rio said.

“We have also started the process of demobilizing non-essential people from our sites which may be affected by the weather system,” it said in a statement.

The wet weather has helped douse or slow some of the country’s most damaging and long-running wildfires, which have burned through more than 11.7 million hectares (2.8 million acres) of land since September. The prolonged bushfire season has killed 33 people and an estimated 1 billion native animals. More than 2,500 homes have been destroyed.

Officials, however, have warned the threat was not yet over and that there will likely be weeks more of firefighting ahead.

Around 60 fires were still burning across NSW and Victoria, the country’s most populous states, with around half of those classified as uncontained.

(Reporting by Paulina Duran in Sydney and Melanie Burton in MELBOURNE; Editing by Jane Wardell and Lincoln Feast)