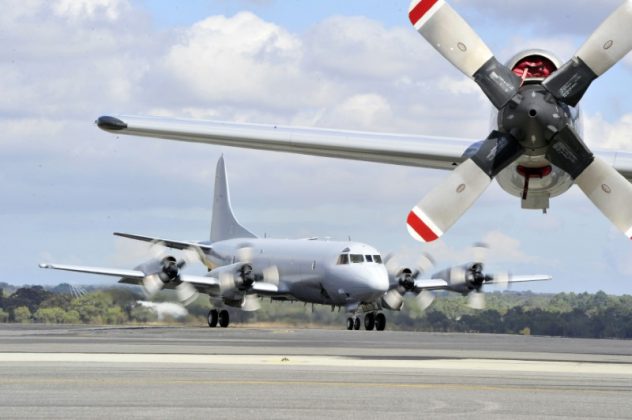 By Manuel Mogato and Tom Westbrook

MARAWI CITY/SYDNEY (Reuters) – Australia agreed on Friday to send two surveillance planes to help the Philippines tackle Islamist rebels, as jets and artillery pounded militant positions in a southern town held for more than a month by Islamic State loyalists.

The Philippines accepted the offer of two AP-3C Orion aircraft for reconnaissance to pinpoint locations of Maute group fighters holed up for a fifth week in Marawi, a town the rebels have declared as their own Islamic territory.

“The regional threat from terrorism, in particular from Daesh and foreign fighters, is a direct threat to Australia and our interests,” Australian Defense Minister Marise Payne said in a statement, referring to Islamic State by an Arabic acronym.

Australia’s help comes as fears grow that the Maute and its affiliates have much stronger designs on parts of the southern Philippines than previously imagined, evidenced by their preparations and combat capability during the weeks of fighting.

The threat is heightened by losses suffered by Islamic State in Syria and Iraq, and intelligence reports that it is building alliances and seeking new pastures from which to project its agenda.

Gilbert Gapay, an Philippine military spokesman, said the surveillance planes would help tackle extremism across Mindanao, an island of 22 million people, where separatists, pirates and kidnap gangs have thrived for decades.

He said the battle for Marawi was not a failure because the military had learned a lot and was stopping Islamic State from taking root.

“This gives us a picture of the expanse of their network,” Gapay told reporters.

“They won’t thrive anymore in our country.”

But security experts say the battle has exposed intelligence and operational failures by the Philippines and its limited cooperation with neighboring Malaysia and Indonesia to stop extremism from spreading.

The three countries on Thursday agreed on joint measures to pool information and try to stem recruitment, movement and financing of fighters. The Philippines says it knows of 40 foreign operatives in the country.

Australia’s support follows that of Philippine defense treaty ally the United States, which has provided technical help through military surveillance and communications experts stationed in Zamboanga city on Mindanao.

The Philippines has welcomed foreign support amid operations that have had mixed results, with 67 security forces killed as rebels withstand a fifth week of ground assaults and air strikes, one of which saw 10 government troops killed on June 1 when a bomb missed its target.

Philippine troops, more adept at fighting in jungles and mountains, have found unfamiliar territory in the urban warfare that has devastated much of Marawi and displaced nearly 250,000 people.

Some 300 civilians were believed to be either trapped or being used as human shields, according to the army. Civilians involved in relief efforts believe the number could be higher.

Planes dropped more bombs early on Friday and the army tried to flush out the estimated 90-100 rebels with artillery and heavy gunfire. Efforts were being slowed by roadside bombs, snipers and booby-trapped vehicles and gas tanks.

“This is already their last stand and they are getting desperate,” Jo-Ar Herrera, a military spokesman, told reporters.

“Our mission is to neutralize them so that they will no longer threaten other parts of the Philippines.”

Residents who fled militant-held areas say the black-clad Maute militia are in the fight for the long haul and are trying to cement their presence as an arm of Islamic State.

“They patrol the streets on foot and on vehicles, which they spray with black paint and have mounted big guns,” said Norodin Garangan, 44, who escaped on Wednesday.

“I know there are still people in our area but they’re afraid to go out.” 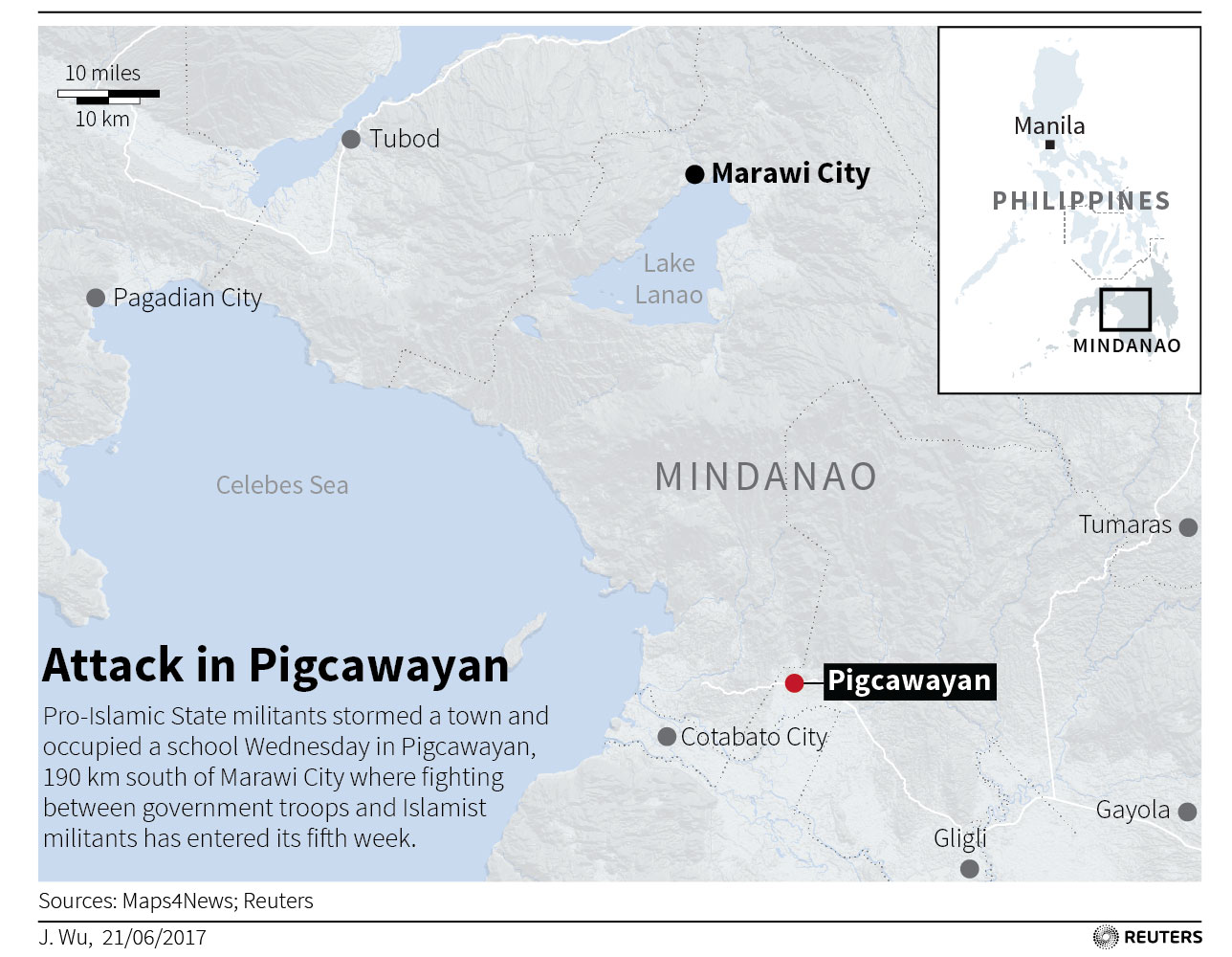