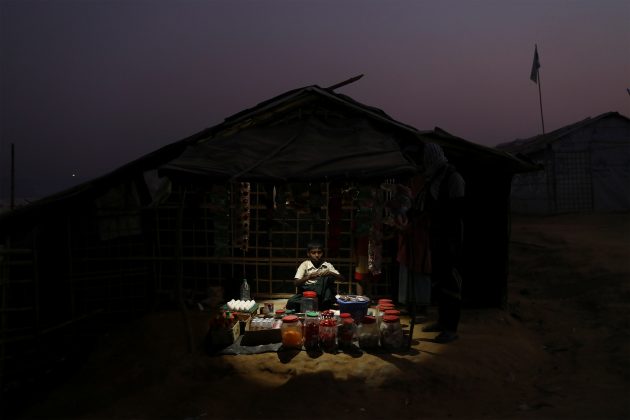 DHAKA (Reuters) – Bangladesh approved a $280 million project on Tuesday to develop an isolated and flood-prone island in the Bay of Bengal to temporarily house 100,000 Rohingya Muslims fleeing violence in neighbouring Myanmar.

The decision came just days after Bangladesh sealed a deal aiming to start returning Rohingya to Myanmar within two months to reduce pressure in refugee camps.

A Bangladeshi government committee headed by Prime Minister Sheikh Hasina approved the plan to develop Bhashan Char island, also known as Thenger Char, despite criticism from humanitarian workers who have said the island is all but uninhabitable.

Planning Minister Mustafa Kamal said it would take time to repatriate the refugees, and in the meantime Bangladesh needed a place to house them. The project to house 100,000 refugees on the island would be complete by 2019, he said.

“Many Rohingya people are living in dire conditions,” he said, describing the influx of refugees as “a threat to both security and the environment”.

More than 620,000 Rohingya Muslims have sought sanctuary in Bangladesh after the military in mostly Buddhist Myanmar launched a harsh counter-insurgency operation in their villages across the northern parts of Rakhine State, following attacks by Rohingya militants on an army base and police posts on Aug. 25.

There were already about 300,000 Rohingya refugees in Bangladesh before the most recent exodus.

Bangladesh, one of the world’s poorest and most crowded nations, plans to develop the island, which emerged from the silt off Bangladesh’s delta coast only 11 years ago and is two hours by boat from the nearest settlement.

It regularly floods during the June-September monsoons. When seas are calm, pirates roam the nearby waters to kidnap fishermen for ransom. A plan to develop the island and use it to house refugees was first proposed in 2015 and revived last year. Despite criticism of the conditions on the island, Bangladesh says it has the right to decide where to shelter the growing numbers of refugees.