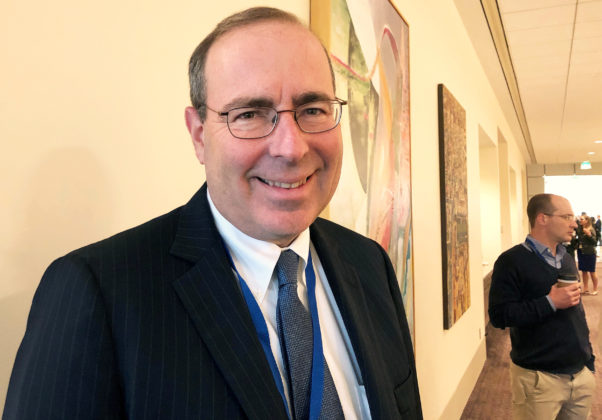 WASHINGTON (Reuters) – The U.S.’s top economic challenge now is bringing unemployed workers back to jobs as those displaced from hard-hit industries like food service may find their “classic next job” has also disappeared, Richmond Federal Reserve bank president Thomas Barkin said on Wednesday.

“Where I see the real challenge now is getting the last 5% of Americans back into the workforce,” Barkin said in an interview on Bloomberg television, referring to the current 8.4% unemployment rate that is about 5 percentage points above the record low of last year.

That could be tough, Barkin said, because “we know a lot of people used to be waiters or work at an amusement park…Their classic next job would have been at a retailer or working at another restaurant. If those places are not hiring how do we get them redeployed?”

The U.S. is currently about 11 million jobs shy of where it was in February. Monthly job growth has been strong since the pandemic led to a massive round of layoffs, and a jobs report Friday is expected to show several hundred thousand positions were added in September. Private payroll processor ADP’s data on Wednesday estimated the number at 749,000.

That would still represent a slowing over recent months, and economists at the Fed and elsewhere worry it may take years to reclaim lost ground in the labor market.

Concerns about persistent damage to the employment prospects particularly for younger or less skilled workers has been growing as the pandemic slump continues, and companies begin retooling for a smaller future workforce.

Disney on Tuesday announced it was laying off 28,000 workers as coronavirus-related restrictions on its theme parks lengthened through the summer and into the fall.

Though most are part-time jobs it was an example of the dynamic Barkin described, eliminating positions that could serve as flexible or entry level work for people who will now need to look elsewhere in an economy where many industries and occupations open to less skilled employees may have to cut back.

“Issues of job retraining, issues of getting (education) grants…Those are the kind of things that are important if we are going to bring the economy all the way back,” Barkin said.