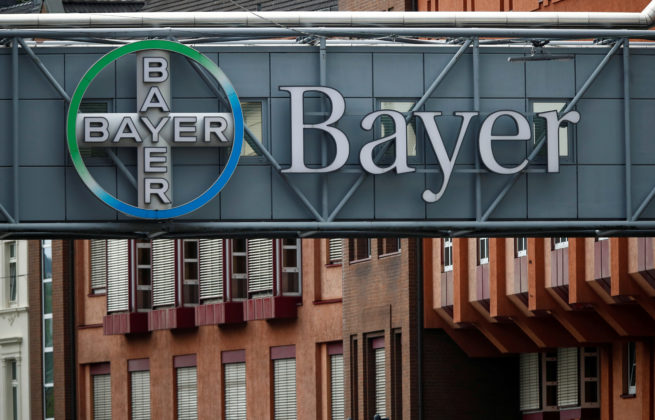 FILE PHOTO: A bridge is decorated with the logo of a Bayer AG, a German pharmaceutical and chemical maker in Wuppertal, Germany August 9, 2019. REUTERS/Wolfgang Rattay/File Photo

FRANKFURT (Reuters) – Bayer <BAYGn.DE> has agreed to delay part of a proposed settlement of allegations that its widely used weedkiller Roundup caused cancer after a U.S. judge questioned its plan to deal with future claims.

The German company said on Wednesday that lawyers representing those preparing a class action had withdrawn a request for court approval of the $1.25 billion scheme, part of a broader $10.9 billion agreement to settle close to 100,000 U.S. lawsuits related to Roundup.

The move would give the parties more time to address questions raised by Federal District Court Judge Vince Chhabria of the Northern District of California who presides over the federal Roundup litigation, Bayer said in a statement.

“Bayer remains strongly committed to a resolution that simultaneously addresses both the current litigation on reasonable terms and a viable solution to manage and resolve potential future litigation”, it added.

It declined to comment on the impact of the withdrawal on the timetable for the rest of the settlement.

Bayer is seeking to end legal disputes it inherited with its $63 billion takeover of Monsanto in 2018.

On Tuesday, Bayer shares had fallen more than 6% after Chhabria said that the court was inclined to oppose the part of the proposed settlement that deals with future claims. The case was due to be considered again on July 24.

Bayer had planned to create an independent panel of scientific experts to help assess whether glyphosate caused cancer.

But in a filing published on July 6, Chhabria had questioned the idea of delegating the decision from judges and juries to a panel of scientists.

Chhabria also questioned whether potential claimants would want to remain bound by a ruling reached by the proposed scientific panel if research is still ongoing.

Regulators including the U.S. Environmental Protection Agency and the European Chemicals Agency, have determined glyphosate to be non-carcinogenic, supporting Bayer’s claim that the active ingredient in its Roundup product is safe for agricultural use.

However, in 2015, the World Health Organization’s cancer research arm determined the herbicide to be a “probable carcinogen”, and since 2018, three consecutive U.S. juries, who listened to scientific evidence from both sides during trials, found that Roundup causes cancer.