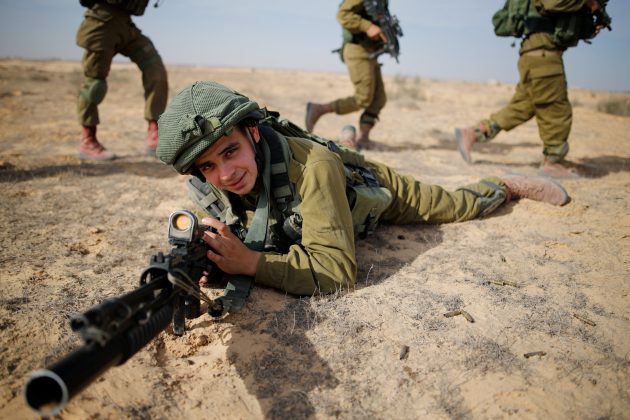 KISUFIM, Israel (Reuters) – A battalion of soldiers crawls across the desert sand with assault rifles cocked. It’s a routine exercise, but these are no ordinary troops – they are Arabs who have chosen to fight for the Jewish state.

While the vast majority of the Israel Defense Forces (IDF) are Jews – and nearly all their conflicts have been against Arab nations – a trickle of Israeli Arabs volunteer for the army.

Most are Bedouin, a community native to southern Israel. But some are other Arab citizens of Israel, the descendants of Palestinians who remained during the 1948 war of the state’s founding, when hundreds of thousands of their brethren fled or were forced from their homes by advancing Israeli troops.

“Why did I decide to enlist?” asks Sergeant Yusef Salutta, a 20-year-old Arab from the north of Israel who serves with the Desert Reconnaissance Battalion. The army rarely grants journalists access to the unit. 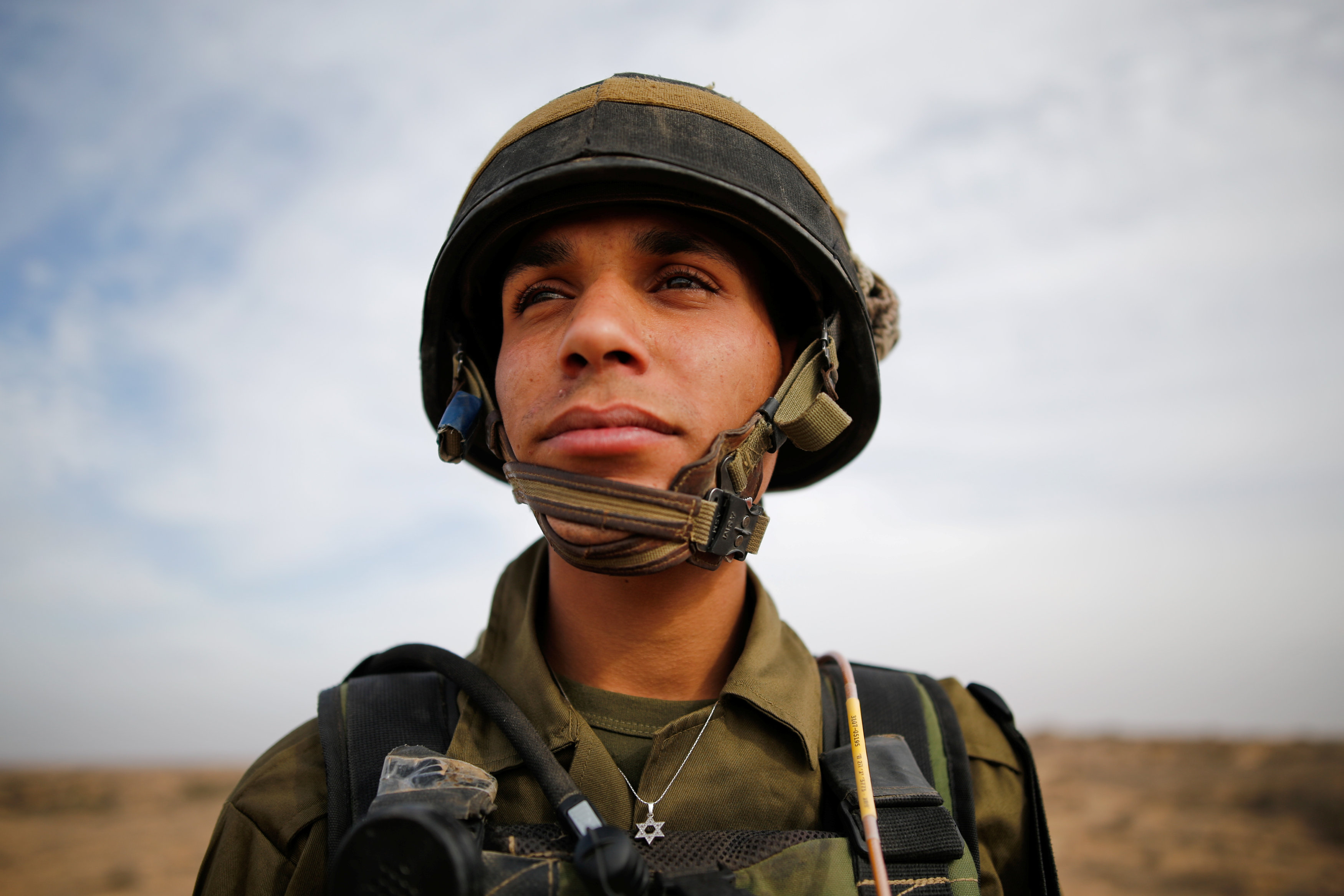 The military conscripts young Jewish men and women, but not Arabs. It does not report exact numbers of Arab volunteers, but officials say there are several hundred among the 175,000 active personnel.

A silver Star of David necklace hung around Salutta’s neck, and he chatted with fellow-soldiers in Hebrew.

At a time when Israel is expanding its settlements in the West Bank and Palestinians fear they may never end up with their own state, some Israeli Arabs see volunteering for the military as betrayal.

“This phenomenon, we totally reject it,” said Ahmad Tibi, an Israeli-Arab member of parliament.

“What could go through a person’s mind when he serves against his people? We try to educate people that this is not the way.”

Volunteers say their families are supportive, and that they are prepared to take criticism.

“I don’t care about them,” said Salutta. “I need to be part of the country, to be like everybody else.”

The head of the IDF Minorities Unit, Colonel Wajdi Sarhan, said some Israeli-Arabs saw service as a way to improve their chances in life.

“(It) can get easier when you hold an Israeli soldier or reservist ID card,” said Sarhan.

“To be a soldier in the army, it’s actually an identity certificate of Israeli-ness, which can help integration.” 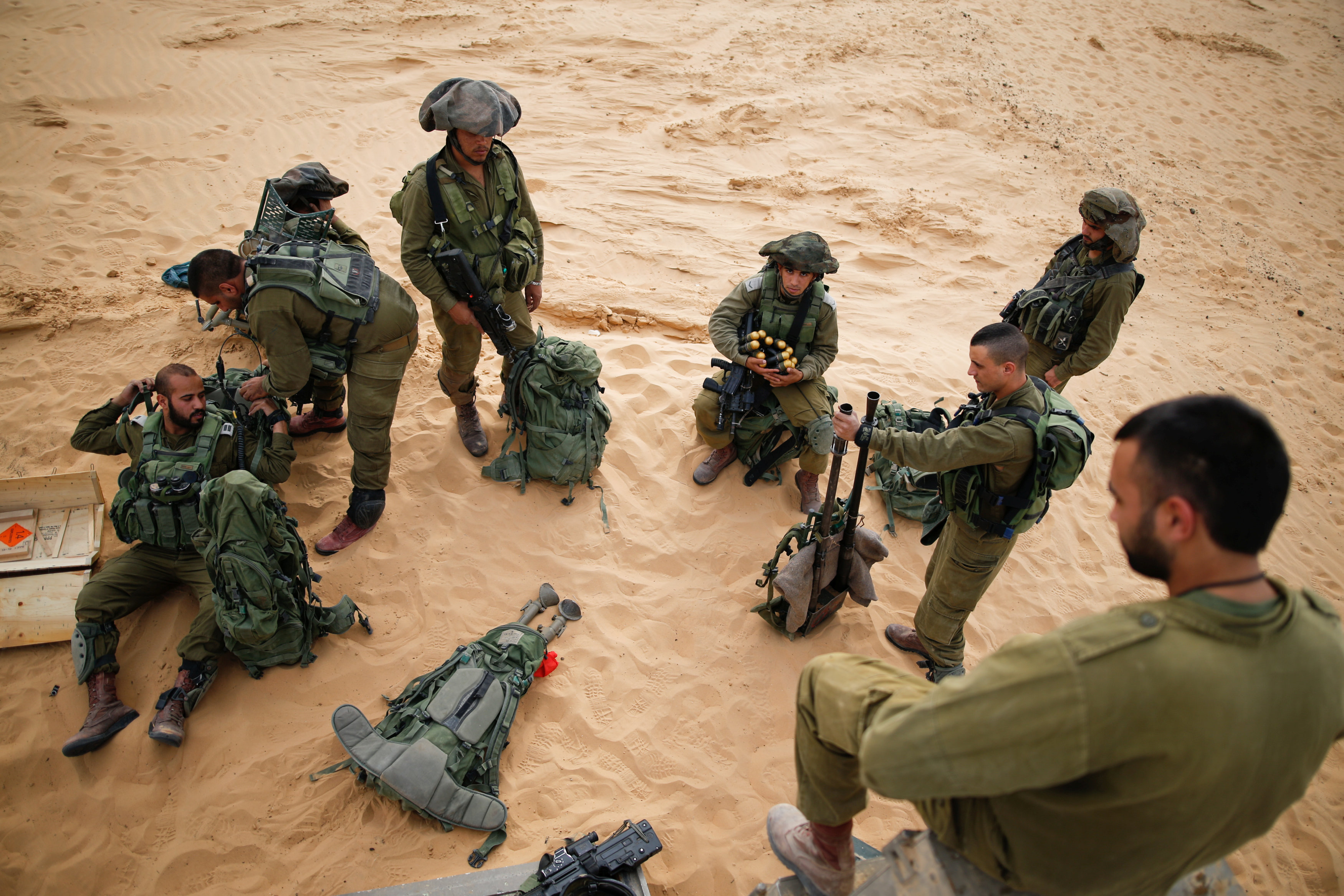 Israeli soldiers from the Desert Reconnaissance battalion take part in a drill near the Gaza Strip in southern Israel November 29, 2016. REUTERS/Amir Cohen

He said some recruits faced threats and harassment at home from fellow Israeli-Arabs. In some cases, they are allowed to travel to and from military duty out of uniform.

When it comes to Israel’s decades-old conflict against the Palestinians, there is no question – if they are required to fight, they must.

“I assume that anyone who decided to be a combat soldier in such a unit took this into consideration in advance,” said Sarhan.