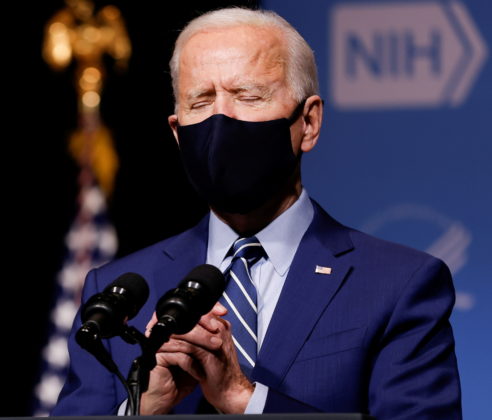 WASHINGTON (Reuters) – Top faith leaders from across the United States on Tuesday urged President Joe Biden to immediately withdraw a lawsuit filed by his predecessor to block $2.3 billion in supplemental income payments to some 300,000 aged, blind and disabled Puerto Ricans.

Catholic Archbishop Roberto Gonzalez of San Juan, the head of Catholic Charities USA, and leaders from other churches also called on Biden to use executive orders and back congressional action to attract more pharmaceutical and other manufacturing jobs to the Caribbean island, a U.S. territory of 3.2 million people hit hard by the COVID-19 pandemic.

The Biden administration should also free up more disaster relief aid for the island and expand federal programs such as the Nutrition Assistance Program and Medicare, they said.

“Nearly 60% of Puerto Rico’s children, U.S. citizens, live in poverty and would benefit from these measures,” they wrote in the letter, delivered to the White House on Tuesday.

Puerto Rico was already reeling from bankruptcy, severe earthquakes and two devastating 2017 hurricanes, Irma and Maria when the pandemic hit. The signers welcomed the Biden administration’s release of some hurricane recovery funds, but said $50 billion more was needed.

But his administration has not yet scrapped the Justice Department’s lawsuit under former President Donald Trump to block an April 2020 federal appeals court ruling allowing eligible Puerto Ricans to apply for supplemental Social Security benefits.

The benefits had been available to any U.S. citizen living in any of the 50 states, Washington, D.C., and the Mariana Islands, but not Puerto Rico, the U.S. Virgin Islands and Guam.

Eric LeCompte, executive director of Jubilee USA Network, said the letter was intended to galvanize action by the Biden administration to help Puerto Ricans, who have faced “crisis after crisis, disaster after disaster” over the past decade.