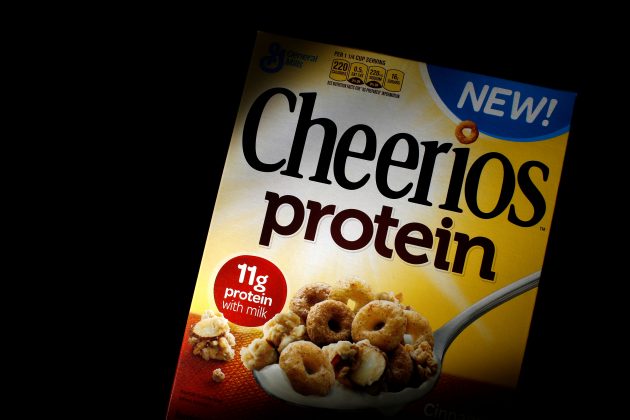 By Rod Nickel and P.J. Huffstutter

(Reuters) – Cargill, the global grains trader, sees the future of protein in the humble pea.

In a joint venture at a Wisconsin plant, flour milled from Iowa yellow peas is mixed with water and spun at high speed through stainless steel drums, separating the protein from starch and fiber.

The resulting powder ends up blended into waffle mixes, sports drinks, nutrition bars and protein shakes – small examples of a much larger push by the world’s biggest agriculture firms to find alternative plant-based proteins to feed people and livestock worldwide.

“When we looked at where is the future going, the pea is the up-and-coming thing,” said David Henstrom, Cargill Inc’s vice-president of starches, sweeteners and texturizers. 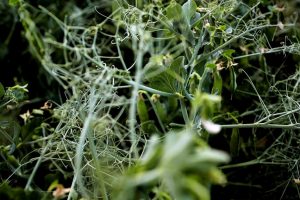 Pea plants are shown at a PURIS seed plot in Oskaloosa, Iowa, in this June 2017 handout photo obtained by Reuters March 16, 2018. Bill Phelps/Puris/Handout via REUTERS

Peas are in many ways the ideal modern American food: protein-rich, plant-based and gluten-free. While the market remains relatively small, the demand for pea powder and other emerging protein sources is soaring, from the middle classes in China and the health-conscious in California to livestock producers and fish farmers who need to fatten animals on ever-tighter budgets.

Cargill and its competitors – such as Archer Daniels Midland and Richardson International, the biggest Canadian grain handler – are investing in specialty ingredients in search of higher profit margins than they can extract from bigger commodity crops such as soybeans, corn and wheat.

Cargill invested an undisclosed sum in January in a joint venture with PURIS, a family-run company that started in Iowa as a seed company and now owns the Wisconsin pea-powder plant. The two firms are also working to boost the protein content in peas through cross-breeding, which has not been previously reported.

Cargill rival ADM is building its own pea processing plant in North Dakota and signing contracts with farmers to buy and grow yellow peas, Ken Campbell, ADM’s president of specialty ingredients, said in a statement to Reuters. Company researchers are also studying another 30 types of protein options, including nuts and seeds.

Other firms are trying draw more protein from canola, oats and many other so-called emerging proteins, and Cargill has explored insect-based feed for fish and poultry.

Seed and chemical firm DowDuPont Inc told Reuters it plans to launch a canola seed supercharged with protein through traditional cross-breeding as soon as next year.

Richardson International started construction in April of a C$30-million ($23 million) laboratory in Winnipeg to study proteins and other food ingredients. The firm is exploring a move into pea and oat protein concentrates that could start next year, senior vice-president of technology Chuck Cohen said in an interview. France-based food ingredient company Roquette is building plant in Manitoba to produce pea proteins in North America, which currently imports from Europe.

Global demand for protein – whether from meat, aquaculture or plant sources – is booming in part due to rising incomes in emerging markets in Asia and Africa, industry analysts say. In North America, consumers are shifting their diet preferences to include more protein, and 35 percent of U.S. households last year said they follow a specific protein-focused diet, such as Paleo or low-carbohydrate, according to research conducted by Nielsen.

The trend is driving a shift in grocery shopping. In the year ended July 8, 2017, sales of plant-based food and beverages in the U.S. increased 14.7 percent over the previous period, according to Nielsen. Sales of meat alternatives are growing especially within prepared foods, an indication that consumers are trying options once only available in niche stores.

Global pea protein sales amounted to $73.4 million in 2016, according to research firm Grand View Research, but are forecast to quadruple by 2025, reaching $313.5 million in sales, helped by popular diets free of gluten and lactose and an expanding middle class in developing nations.

Even with such explosive growth, pea proteins would have high potential upside because they would account for a fraction of the projected $48.77 billion global animal and plant protein ingredients market by 2025, which is led by meat, according to Grand View.

POWERING UP THE PEA

Creating new varieties of protein-packed peas, however, can take seven years or more because it is done through conventional breeding rather than genetic modification, Lorenzen said. The lack of genetic modification, however, also attracts many consumers who prefer more organic foods, said Pascal Leroy, head of Roquette’s pea and new protein business line.

In Canada, one of the world’s biggest pea exporters, at least three pea protein plants are planned or increasing production, including Verdient Foods in Saskatchewan, whose investors include Titanic director James Cameron. That gives farmers an incentive to vary plantings that are now dominated by wheat and canola.

Roquette is building what it says will be the world’s biggest pea plant in Manitoba, on the belief the vegetable has unique consumer appeal. German company Canadian Protein Innovation plans a plant in Moose Jaw, Saskatchewan.

Illinois-based ADM told Reuters it is building a new pea protein processing plant at the site of one of its soybean processing complexes in Enderlin, North Dakota. The location gives the company proximity to yellow pea producers and transportation to domestic and international customers, according to ADM’s Campbell.

ADM will launch its line of pea powders as an ingredient for food manufacturers early next year and introduce other plant-based protein product lines in the following two years, the company said, declining to give further details.

Unlike Cargill, ADM is seeking to boost pea protein levels in the processing plant – rather than through crop breeding – and is buying most of its supplies from nearby North Dakota farmers, the company said. ADM officials declined to detail how it can boost protein in a factory, citing competitive concerns.