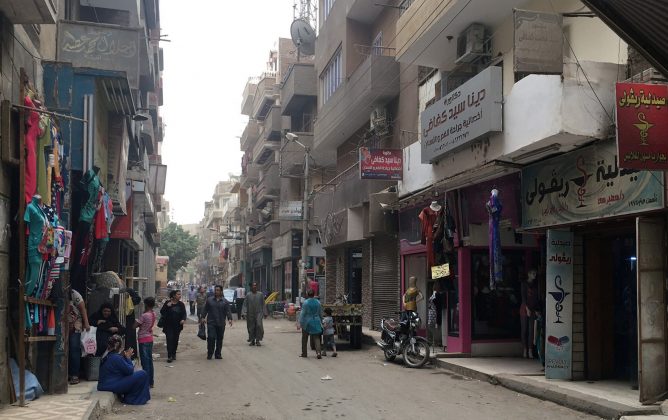 MINYA, Egypt (Reuters) – The Egyptian government needs to do more to protect the country’s Coptic Christians from a “wave of persecution” following bombings that killed dozens during the church’s most solemn week of the year, a senior bishop said.

Bishop Macarius, head of the Coptic diocese in Minya, south of Cairo, was skeptical that a state of emergency imposed after the Islamist attacks on Palm Sunday was adequate security and said the church wanted further guarantees.

Copts make up about 10 percent of the 92-million population of mostly Muslim Egypt and are the region’s largest Christian denomination, with a nearly 2,000-year-old history in the country.

The Coptic church in Egypt will mark Easter in a subdued fashion, Macarius said, with the usual prayers and religious observances but none of the celebrations and visits from dignitaries that would normally enliven the day.

“We can consider ourselves in a wave of persecution, but the church has gone through a lot in 20 centuries,” the bearded Macarius told Reuters in an interview.

“There are waves of persecution. It reaches to the highest point like a pyramid and then it goes down again,” the bishop said on Wednesday. “We are at a very high point.”

The bombings that killed 45 in Alexandria and Tanta last Sunday followed a series of sectarian attacks against the Copts and came days before Pope Francis is due to make his first visit to Egypt on April 28-29.

The attacks, claimed by Islamic State, represent a challenge to President Abdel Fattah al-Sisi, who has pledged to protect the Copts as part of his campaign against extremism. Sisi visited Coptic Pope Tawadros in Cairo on Thursday to express his condolences.

Although Copts have suffered attacks before from their Muslim neighbors, who have burnt their homes and churches in rural areas, the community has felt increasingly insecure since Islamic State has spread through Iraq and Syria and started targeting Christians.

After the Palm Sunday attacks, Sisi’s government introduced a three-month state of emergency which gives it sweeping powers to act against what it calls enemies of the state.

Prime Minister Sherif Ismail said the step was essential to combating what he called terrorist groups bent on undermining the country.

With a picture of Sisi hanging on the wall behind him, Macarius said the problem could not be tackled with a crackdown alone.

“Security solutions never succeeded alone. No state in the world should be a police state, either here or elsewhere,” the bishop said. “Emergency all the time makes people nervous.”

Sisi needs advisers who could brief him better on the religious, cultural and security aspects of the crisis, said Macarius, wearing an embroidered black cap.

The state also needed to find those who endorsed the ideology of the suicide bomber, he said, and authorities should devote more effort to monitoring social media.

Not far from where Macarius was speaking, Emad Aziz, 56, sat in his clothes shop counting the cost of the latest assault.

Egyptians usually buy new clothes to mark holidays such as Easter. Not this year, however.

“People are sad, and people buy new clothes when they are happy. The situation is really bad,” Aziz, a Christian, told Reuters. “Why would any Egyptian do this to his country? Is this loyalty to the country? Many people don’t want Egypt to get better.”

He agreed a state of emergency was “not a solution” to the situation of Copts in Egypt – where an economic crisis has severely eroded the living standards of millions.

Security appeared light at the Minya diocese but in Cairo, police have deployed around churches in force, erecting security barriers and metal detectors to screen those attending services in the days leading up to Easter.

In the Cairo district of Shubra, where many Christians live, worshippers filled a service at St Mark’s church, some following proceedings by scrolling the order of service across the screens of their smart phones.

A metal detector had been moved down the street so that any bomber could be stopped before reaching the church.

Romainy, a security guard, said members of the congregation were “sad but not scared”.

Across the street, a chicken seller, her dress flecked with feathers, said people were attending church as they always had.

“I would have gone to the service myself but I have work to do,” she said, declining to give her name.

Not everyone was so relaxed. At a nearby church, a plainclothes police officer told journalists: “It’s a very tense time in Egypt.”