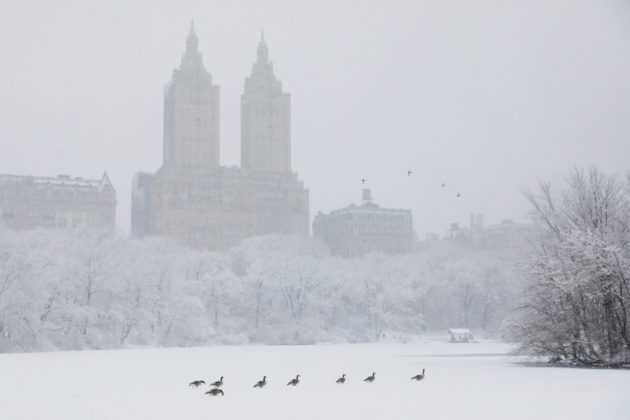 (Reuters) – A weather system already punishing the Midwestern United States with the coldest temperatures of the winter was forecast to spin to the south and West on Wednesday, prompting ice storm warnings and likely hazardous travel conditions.

The cell of arctic high pressure sitting over Canada that has driven temperatures some 20 or 30 degrees below normal in the U.S. Midwest and northern plains will bring even rougher weather as it moves into central and southern states, the National Weather Service said.

“We have very cold air across Canada that will continue to funnel down into the central portion of the United States for the next several days,” said meteorologist Lara Pagano of the weather service. “This is actually going to be a prolonged period of well below normal temperatures.”

Wind chill advisories have already been issued for northern U.S. states, including Montana and North Dakota.

As temperatures drop further south and mix with moist air streaming across the region from the Pacific Ocean, weather advisories and warnings are also expected for Illinois, Kentucky, Oklahoma and northern Texas, Pagano said.

Ice storm warnings will likely be announced for Arkansas, Mississippi and Kentucky, she said, with the possibility of power outages.

Icy roads were expected to make driving dangerous across much of the region and flights could be delayed or canceled.

“We have that colder high pressure in place so we’re going to start to see moisture meet up with the core high pressure, bringing ice and ice storms that will impact the Mississippi Valley, Ohio and Tennessee valleys tonight into Friday,” Pagano said.

Already parts of the upper Midwest have been gripped by extreme cold weather this week, with parts of Minnesota and Wisconsin seeing below zero temperatures for several days.