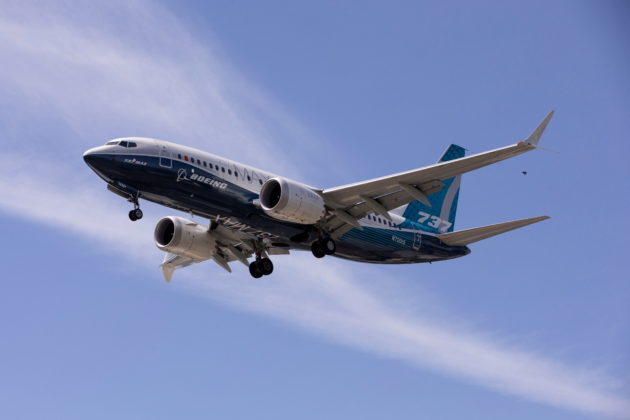 (Reuters) – Boeing Co reported its fourth straight quarterly loss on Wednesday as the coronavirus pandemic and 737 MAX grounding continued to hammer sales, while reaffirming its expectation that U.S. deliveries of the jet would resume before year-end.

The U.S. planemaker also said it was sticking with the deeply reduced twin-aisle production rates announced in July, as well as the goal to hit a build rate of 31 narrowbodies monthly in early 2022.

The COVID-19 pandemic has brought air travel to a near halt, pushing major airlines to the brink of bankruptcy and forcing them to seek government aid, cut costs and defer aircraft deliveries – when Boeing gets paid most of the money for new jets.

“While losing money and burning through over $5 billion in three months is hardly good news, at least it wasn’t worse than this,” Vertical Research Partners analyst Rob Stallard wrote in a note.

Chief Financial Officer Greg Smith said Boeing is ready to cut 787 production again if needed as some analysts questioned why Boeing did not cut production sooner, resulting in a stockpile of 50 undelivered jets.

European rival Airbus says it is producing 5 of the competing A350 a month and industry sources say the actual production rate has slipped to just 4.5 a month.

Earlier on the call, Chief Executive Dave Calhoun said he expects to win 737 MAX approval in time to resume deliveries in the fourth quarter. He also said Boeing has lost some single-aisle market share to Airbus but was not going to give up any ground in future competitions.

Calhoun expects airline traffic to end the year at around 30-35% of 2019 levels, with a return to pre-pandemic levels in about three years – more optimistic than some industry estimates.

As a result of the downturn, Boeing has slashed production, shed thousands of jobs and shifted its jet development strategy, while working to emerge from the depths of the pandemic and the 19-month-old worldwide 737 MAX ban triggered by two fatal accidents.

The U.S. Federal Aviation Administration was expected to lift its March 2019 grounding order on the 737 MAX as soon as next month, pending approval of software and training changes, meaning the jet could return to service in 2021.

Chief Financial Officer Greg Smith told analysts he expects that half of the roughly 450 already built and stored MAX jets would be delivered to airline customers by the end of next year, with the majority of remaining jets handed over in 2022.

As Boeing scrambles to cut costs, Calhoun told employees in a memo on Wednesday Boeing now expects to eliminate some 30,000 jobs through buyouts, layoffs and attrition – nearly double what it initially planned – for a global workforce of around 130,000 by end-2021.

Boeing also announced a $67 million charge in the quarter on its KC-46 aerial refueling tanker program, which Boeing attributed to COVID-19 disruptions and production issues.

Excluding items, Boeing lost $1.39 per share, less than the Wall Street’s average expectation of a loss of $2.52 per share, according to IBES estimates from Refinitiv.