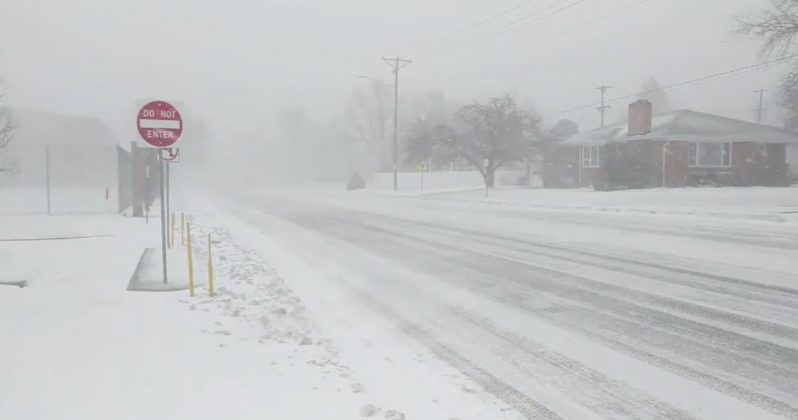 (Reuters) – A powerful, late-winter “bomb cyclone” storm pushed east into the U.S. Midwest and the Great Lakes region on Friday after bombarding the Rocky Mountain and Plains states with blizzards, floods and tornados, prompting precautions at a Nebraska nuclear power plant.

In Iowa, a disaster proclamation by Governor Kim Reynolds, issued after reports of flooding, remained in effect overnight.

Nebraska Governor Pete Ricketts also issued an emergency declaration after rain-swollen rivers and dam breaches left many bridges and roads impassable and prompted thousands of residents of the farm state to evacuate.

“Widespread and extremely dangerous flooding will continue today and tonight,” the National Weather Service office in Omaha, Nebraska, said on Friday in a statement.

Many streams will see moderate to major flooding through the weekend, the service added, and flooding along the Missouri River will continue into next week.

The Nebraska Public Power District declared an “unusual event” at its Cooper Nuclear Station power plant on Friday due to the possibility of flooding along the Missouri.

Workers filled sandbags along the river levee and procured other materials for flood protection, the power agency said. It said the plant continued to operate safely and there was no threat to plant employees or to the public.

Thirteen tornados were reported on Thursday in Kentucky, Indiana and Michigan, said Bob Oravec, a meteorologist with the National Weather Service’s Weather Prediction Center in College Park, Maryland, but there were no immediate reports of serious damage.

At the storm’s peak, 2 feet of snow was dumped on Colorado’s mountain regions, forcing the cancellation of more than 1,300 flights in Denver and trapping more than 1,000 motorists on roadsides. Many had to be rescued by police, who used school buses to ferry them to safety.

There were no remaining blizzard warnings Friday, Oravec said.

“There’s still a good threat of thunderstorms in Louisiana, Mississippi and up into the Great Lakes region as the system pushes into Canada, but it’s not like it was,” he said.

Most power outages were cleared by early Friday, according to the tracking site PowerOutage.US, and air traffic returned to normal at Denver International Airport, a regional hub that was hardest hit by the storm.

thu28oct12:00 am11:59 pmMary Ann McGahan (Day 2)Are We Looming on the Edge of a Collapse? Event TagsAiring on TV,The Jim Bakker Show

On this episode of The Jim Bakker Show: Pastor Jim and Lori welcome Perry Stone.