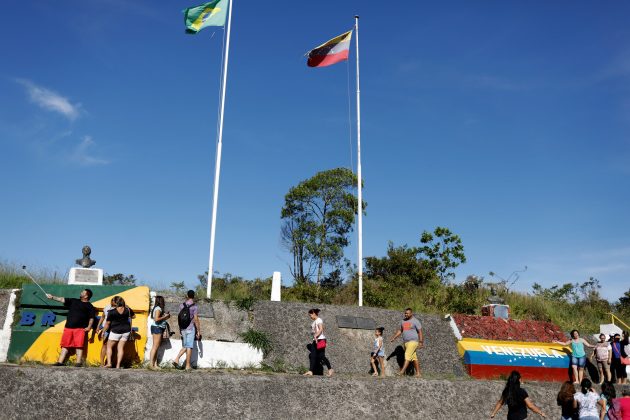 By Ricardo Brito and Anthony Boadle

BRASILIA (Reuters) – A Brazilian federal appeals court judge on Tuesday overturned a ruling barring Venezuelan immigrants fleeing economic and political turmoil from entering the country, the Solicitor General’s office, which had made the appeal, said.

On Sunday, a federal judge in the northern state of Roraima ordered the border closed until the state could create “humanitarian” conditions to receive a massive influx of Venezuelans, who have overwhelmed state social services and caused a growing humanitarian crisis.

Appeals court judge Kassio Marques acknowledged “grave violations of the public and judicial order,” but overturned the lower court’s ruling. He said the closure would not help to improve humanitarian conditions for Venezuelans fleeing their country, as the federal prosecutors and public defenders offices who brought the case had argued.

The Brasilia-based judge’s decision was cited in a statement by the Solicitor General’s office.

The federal police said on Tuesday that it never actually closed the frontier but had begun preparations for shutting it on Monday.

“Those measures were promptly suspended this morning, in the wake of the new judicial decision … and the normal flow of Venezuelan immigrants was re-established,” the federal police said in a statement.

A state government official in Roraima said that although the federal police never closed the border, officers did momentarily stop Venezuelans entering.

“They only let pass those who had been granted asylum, residency or could prove they have passage out of the country,” the official told Reuters. “There was even a little protest.”

Nearly 33,000 Venezuelans had asked for asylum in Brazil as of April 30, while another 25,000 had entered the country by other means, including humanitarian visas, labor and migration visas, UNHCR spokesman William Spindler told reporters in Geneva.

“In 2018, the number of asylum seekers from Venezuela is already larger than for the whole of 2017,” he said.

Venezuela is in the grip of a severe economic crisis, with people going short of food, medicines and other essentials, and periodic waves of protests against the country’s leftist president, Nicolas Maduro.

In appealing Sunday’s ruling, the Solicitor General’s office said closing the border in Roraima would likely do little to stem the flow of Venezuelans, as the border is so extensive.

The Brazilian Air Force began flying Venezuelan immigrants in Roraima to other cities of Brazil in May and has so far flown more than 800 Venezuelans out of Boa Vista, the state capital.