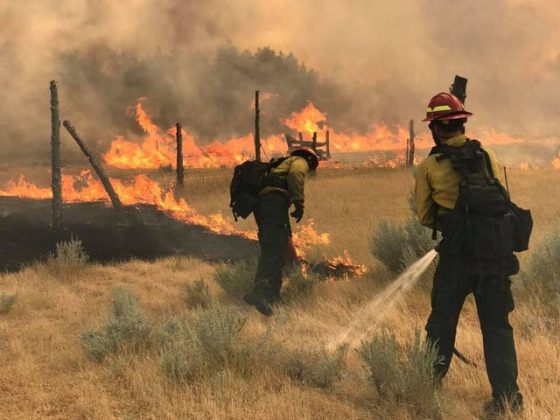 The Detwiler Fire was 45 percent contained, a slight improvement from Saturday, after burning 76,250 acres (30,857 hectares) and more than 130 structures, including 63 homes, since it broke out on Monday, the California Department of Forestry and Fire Protection (Cal Fire) said.

Evacuation orders were lifted by midday Sunday for much of the historic gold rush era town of Coulterville and nearby areas as firefighters completed firelines to contain the blaze, Cal Fire said in a statement.

More evacuation orders were lifted for residents of nearby affected areas on Sunday evening. 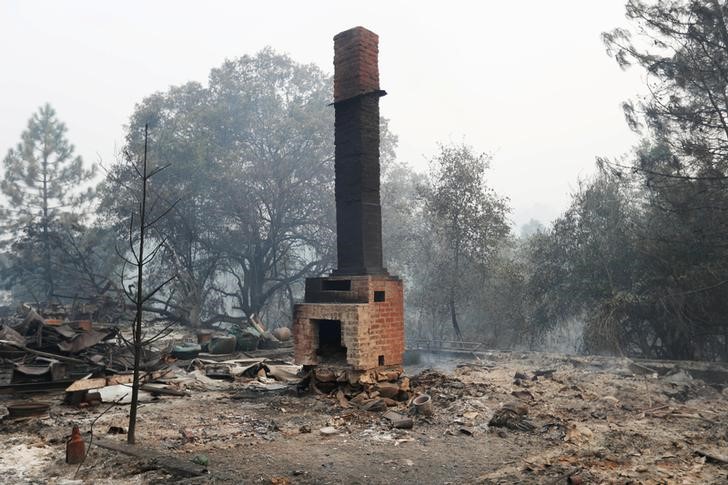 A chimney stands amidst remains of a home destroyed by the Detwiler fire in Mariposa, California U.S. July 19, 2017. REUTERS/Stephen Lam

About two-thirds of the 5,000 people who had been ordered to leave their homes have been allowed to return, Scott McLean, a Cal Fire spokesman, said by telephone.

The almost 4,800 firefighters battling the blaze expect to contain it fully by Aug. 5, with temperatures forecast to top 100 degrees Fahrenheit (38 Celsius) this week complicating the fight, he said.

There have been no injuries reported from the Detwiler fire, named for the road where it erupted. Its cause is being investigated.

Yosemite National Park has remained open as the fire has burned to the west, but smoke has clouded the views of its world-famous landmarks.

The Detwiler Fire is one of 35 large fires in the United States, almost all in the west, the National Interagency Fire Center said on its website.

Montana Governor Steve Bullock on Sunday declared a fire emergency because of wildfires burning across the state, fed by high temperatures and drought. Montana’s Lodgepole Complex fire expanded to about 226,000 acres (91,460 hectares) and was uncontained on Sunday, the fire center said.

The order allows Bullock to mobilize more state resources and the Montana National Guard in the fight against the fires, which have destroyed more than 10 homes so far.

(Reporting by Ian Simpson in Washington and Chris Michaud in New York; Editing by Daniel Wallis and Nick Macfie)