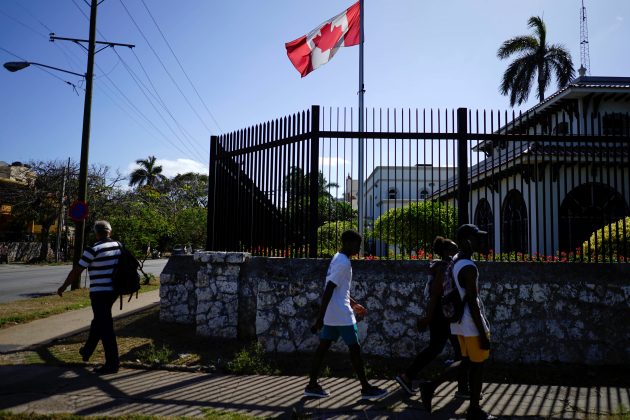 OTTAWA (Reuters) – A group of Canadian diplomats who left the embassy in Cuba after they suffered unusual health symptoms says their foreign ministry has abandoned them, the Globe and Mail newspaper reported on Monday.

Canada said in April it would remove the families of staff posted to Havana, where both Canadian and U.S. diplomats have complained of dizziness, headaches and nausea.

The diplomats complained the foreign ministry – unlike the U.S. State Department – had said very little about the matter in public and did not appear to be making their case a priority. Getting specialized medical care had been difficult, they added.

“We did not expect to be abandoned, or more precisely, sacrificed — that’s how we’re feeling now,” the paper quoted one of them as saying.

Several of those affected believe Ottawa has said little in public because it wants to maintain friendly relations with Cuba, the Globe added.

The office of Canadian Foreign Minister Chrystia Freeland was not immediately available for comment. The Globe cited Freeland spokesman Adam Austen as saying “we will continue to do all we can to provide advice and support” to those affected.

U.S. and Cuban officials met at the State Department in September to discuss the mysterious health problems. The United States has reduced embassy staffing in Cuba from more than 50 to a maximum 18.

NBC News said in September that U.S. officials believe the health problems may have been caused by sophisticated electromagnetic weapons.