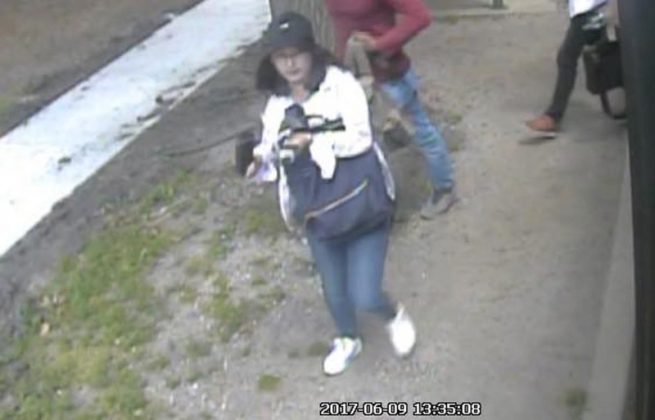 CHICAGO(Reuters) – For many of the 300,000 Chinese students at U.S. colleges and their parents back home, the presumed kidnapping of a visiting scholar at the University of Illinois confirmed their worst fears about coming to America to study.

Xinyi Zhang, a 21-year-old student from China who is studying accounting at the same Illinois school that the missing woman was attending, said the case has stirred deep anxiety for her and her family in China.

She said she had tried to shield her parents from details of the disappearance of Yingying Zhang, 26, who came to Illinois several months ago to study photosynthesis and crop productivity. But the Chinese media had covered the story too closely to keep them in the dark.

“I just don’t want them to be panicked,” said Xinyi Zhang, who is not related to the missing woman. “I am the only child they have, and the risk of losing me is just too huge to handle.”

The business school student, who is home for the summer before returning to Illinois next month for her senior year, said her parents worry about her going back to her off-campus apartment. They have even suggested she apply to graduate school in a different country.

The case came to a head this month when a 28-year-old former Illinois graduate student, Brendt Christensen, was charged with kidnapping Zhang, who went missing on June 9. Authorities believe she is dead, though no body has been found.

Her misfortune has become a near-obsession with many of the 300,000 Chinese international students at U.S. colleges and their parents half a world away, lighting up social media and animating long-distance phone calls.

State-sponsored Chinese news media outlets have framed the case as emblematic of a security problem in the United States. The People’s Daily, the Chinese Communist Party’s official newspaper, wrote earlier this month that the kidnapping shows that China is “much safer” than America.

On Weibo, a Chinese blogging site, commenters have repeatedly questioned the Federal Bureau of Investigation’s effectiveness in investigating the case, said Berlin Fang, a Chinese newspaper columnist based in the United States.

Xiaotong Gui, a 20-year-old math student at Pomona College outside Los Angeles, said reading about the case made her feel unsafe on her own campus nearly 2,000 miles (3,200 km) from the Illinois university, which draws thousands of students from China.

On Johns Hopkins University’s Baltimore campus, Luorongxin Yuan, a 20-year-old biology student from outside Nanjing, said the fact that the accused kidnapper was a graduate student has made her mother particularly anxious. “She doesn’t trust anyone here anymore,” Yuan said.

Before Christensen’s arrest, federal agents put him under surveillance and heard him say that he had kidnapped Zhang, court documents show. A search of the suspect’s cellphone revealed that he had visited a website that included threads on “perfect abduction fantasy.”

His attorney has said his client is still presumed innocent. If convicted, Christensen could face up to life in prison.

Shen Qiwen, a spokesman for the Chinese consulate in Chicago, said Chinese officials hoped the FBI would step up efforts to find the missing scholar. The FBI is involved in the case because kidnapping is a federal crime. A spokeswoman for the U.S. attorney’s office did not respond to requests for comment.

“That could be me,” she said. “For some reason I’m still holding my hope, though, that there’s a tiny, tiny chance that she’s alive right now.”