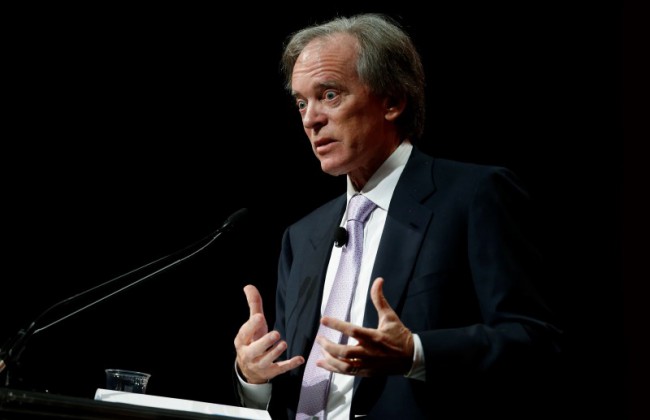 Revelation 6:5,6 NCV When the Lamb opened the third seal, I heard the third living creature say, "Come!" I looked, and there before me was a black horse, and its rider held a pair of scales in his hand. Then I heard something that sounded like a voice coming from the middle of the four living creatures. The voice said, "A quart of wheat for a day's pay, and three quarts of barley for a day's pay, and do not damage the olive oil and wine!"

In his April Investment Outlook, Gross wrote that markets and the capitalistic business models based upon them and priced for them “will begin to go south” if global economies do not produce growth.

On Monday, the Federal Reserve Bank of Atlanta’s GDPNow model predicted U.S. growth at a 0.6 percent pace in the first quarter, marked down from an earlier estimate of 1.4 percent.

“Capital gains and the expectations for future gains will become Giant Pandas – very rare and sort of inefficient at reproduction,” Gross said. “I’m saying that developed and emerging economies are flying at stall speed and they’ve got to bump up nominal GDP growth rates or else. Cross your fingers.”

“The real market and the real economy await a different conclusion as losses from negative rates result in capital losses, not capital gains,” he said. “Investors cannot make money when money yields nothing. Unless… nominal GDP can be raised to levels that allow central banks to normalize short-term interest rates, then south instead of north is the logical direction for markets.”