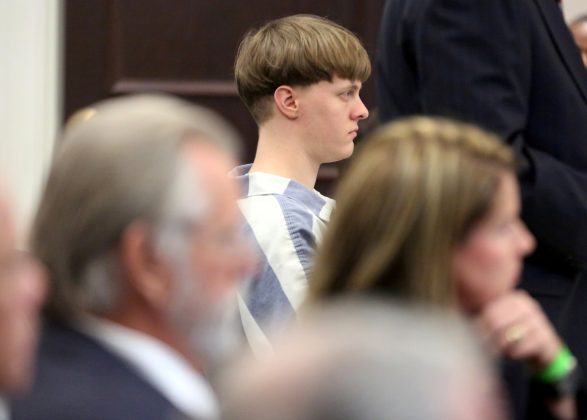 (Reuters) – Survivors of a 2015 mass shooting at a South Carolina church can sue the U.S. government over its alleged negligence in allowing Dylann Roof to buy the gun he used to kill nine African-Americans, a federal appeals court said on Friday.

The 4th U.S. Circuit Court of Appeals said the government was not immune from liability under either the Federal Tort Claims Act (FTCA) or the Brady Act to prevent handgun violence.

Friday’s decision by a three-judge panel revived 16 lawsuits that challenged lapses in how the government vetted prospective gun purchasers, including the FBI’s management of the National Instant Criminal Background Check System (NICS).

The U.S. Department of Justice did not immediately respond to a request for comment.

William Wilkins, a former chief judge of the 4th Circuit representing the victims, said Congress had charged the FBI with adopting procedures “to stop people like Roof who could obtain assassins’ weapons” from doing so.

“The government has to do what the law requires,” Wilkins said in an interview. “It failed to do that in this case.”

Roof, a white supremacist, had been admitted to a Bible study session at the Emanuel African Methodist Episcopal Church in Charleston on June 17, 2015, where he then used his .45-caliber Glock semiautomatic pistol in the shooting.

Victims said a proper background check would have shown that Roof had recently admitted to drug possession, which would have disqualified him from buying the gun from a federally licensed dealer two months earlier.

Chief Judge Roger Gregory wrote for the Richmond, Virginia-based appeals court that no one disputed that a proper check would have stopped Roof.

But he said U.S. District Judge Richard Gergel in Charleston was wrong to dismiss the lawsuits on immunity grounds in June 2018, even as Gergel faulted the government’s “abysmally poor policy choices” in managing the background check system.

Gregory said the case turned on the NICS examiner’s alleged negligence in disregarding mandatory procedures. “The government can claim no immunity in these circumstances,” he wrote.

Roof, now 25, was sentenced to death in January 2017 after being convicted on 33 federal counts related to the shooting, including hate crimes. He pleaded guilty three months later to state murder charges, and was sentenced to nine consecutive life terms without parole.