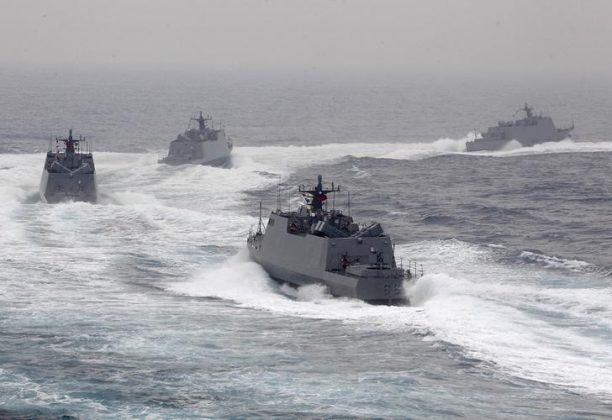 BEIJING (Reuters) – China’s Defence Ministry said on Thursday it was futile for Taiwan to think it could use arms to prevent unification, as the self-ruled democratic island looks to fresh arms sales by the United States amid what it sees as a growing Chinese threat.

China has never renounced the use of force to bring under its control what it deems a wayward province, and Taiwan’s defense ministry says China has more than 1,000 missiles directed at the island.

The Trump administration is crafting a big new arms package for Taiwan that could include advanced rocket systems and anti-ship missiles to defend against China, U.S. officials said earlier this month, a deal sure to anger Beijing.

China is deeply suspicious of Taiwan President Tsai Ing-wen, believing she wants to push the island toward formal independence, a red line for China. She says she wants to maintain peace with China.

“Separatist Taiwan independence forces and their activities are the greatest threat to peace and stability in the Taiwan Strait,” Chinese Defence Ministry spokesman Wu Qian told a monthly news briefing.

“It is futile to ‘use weapons to refuse unification’, and is doomed to have no way out,” he added, without elaborating.

Defeated Nationalist forces fled to Taiwan after losing a civil war to the Communists in 1949.

Proudly democratic Taiwan has shown no interest in being ruled by autocratic China.