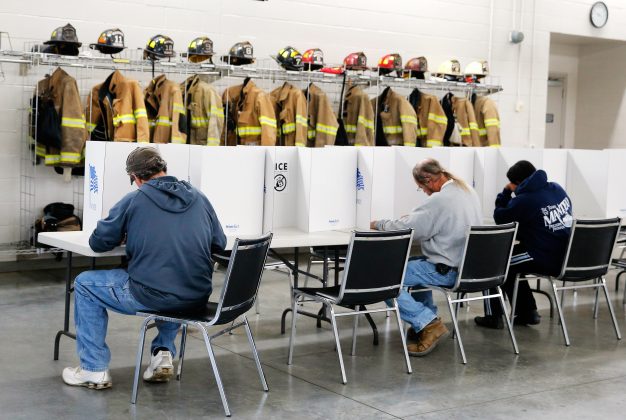 Republican Governor Pat McCrory, who is trailing Democratic challenger Roy Cooper by about 5,200 votes, has refused to concede with ballots still being tallied. Under state law, Friday was supposed to be the deadline for counties to certify their results.

But challenges over the validity of hundreds of votes and reviews of provisional ballots are expected to delay the reports from many, if not all, of the state’s 100 counties, elections officials said.

The uncertainty has been punctuated this week by a war of words between Republicans and Democrats, with McCrory’s campaign accusing Cooper of being lax on voter fraud and Cooper’s campaign calling the incumbent dishonest and desperate.

“It is absolutely shameful that Governor McCrory would make these unfounded claims,” said Cooper spokesman Ford Porter. “This is the worst kind of misinformation campaign meant to undermine the results of an election the governor has lost.”

McCrory’s campaign, however, argues it is following the legal process to ensure all legitimate votes are counted.

Protests being filed by registered voters in some 50 counties argue that up to 200 ballots should be thrown out because they were cast under the names of dead people, felons or individuals who voted more than once, according to the campaign.

“These are the initial findings,” McCrory spokesman Ricky Diaz said in a phone interview. “There’s additional cases of voter fraud being discovered each day.”

McCrory representatives also have cited “staggering evidence of voter fraud” in Bladen County that Diaz said could include up to 400 absentee ballots and have called into question the tabulation of about 90,000 ballots in Durham County.

The state elections board said in a statement it was working with counties to make certain the final results were reliable.

A win by Cooper would be the only governorship pick-up for Democrats nationally this year. Republicans, who flipped seats in New Hampshire, Missouri and Vermont, will hold at least 33 governor offices next year, the most for the party since 1922.