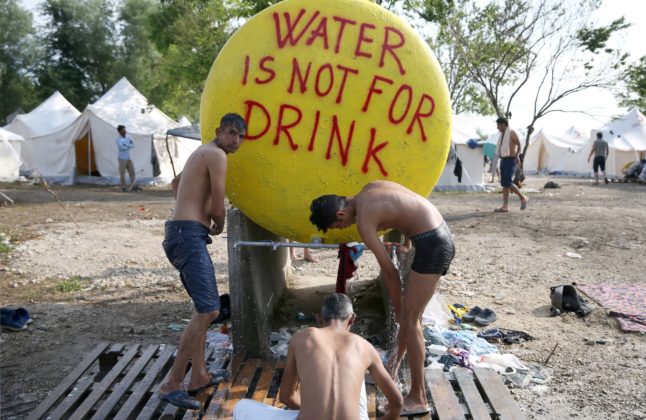 Bosnia has been struggling with a rise in migrant arrivals since nearby European Union member states Croatia, Hungary and Slovenia sealed their borders against undocumented immigration.

The Vucjak camp, about eight km (five miles) from the border with Croatia, lacks running water and electricity and was built over a former landfill where land mines remain as a legacy of the 1990s wars triggered by the disintegration of Yugoslavia.

“The living conditions in this camp…are already deplorable … With winter coming, the situation cannot but worsen,” Dunja Mijatovic, the Council of Europe Commissioner for Human Rights, said in a statement.

The Council of Europe is the continent’s main human rights watchdog.

Peter Van Der Auweraert, the sub-regional coordinator of the Western Balkans at the International Organisation for Migration (IOM), urged the authorities to find “alternate, safe and secure accommodation in line with national and international laws and obligations (and) humanitarian principles and practices.”

Over 40,000 migrants have entered Bosnia since 2018, of whom around 7,300 have settled in the northwest Bihac area, hoping to cross into nearby Croatia and go on to the affluent north and west of the EU.

Nearly 20% of the migrants are children.

Bihac’s mayor said this week the cash-strapped town would next week stop providing food and water to migrants at Vucjak, where over 1,000 migrants have been steered to, to force national authorities in Sarajevo to tackle the problem.

Mijatovic urged Bosnian authorities to uphold their responsibilities to handle migration in a way that is compliant with human rights and provide the necessary help to local authorities who have been dealing with this issue by themselves.

In July the EU pledged 14 million euros ($15.56 million) in aid for new shelters but the scheme has been held up by bickering among rival ethnic parties and anti-migrant rhetoric.

Mijatovic said it was as a matter of urgency that all the migrants in Vucjak are relocated to facilities with adequate standards in Bosnia’s two autonomous regions, the Bosniak-Croat Federation and the Serb Republic.

The nationalist Serb-dominated Serb Republic has refused to accept any migrants on its territory.($1 = 0.8998 euros)