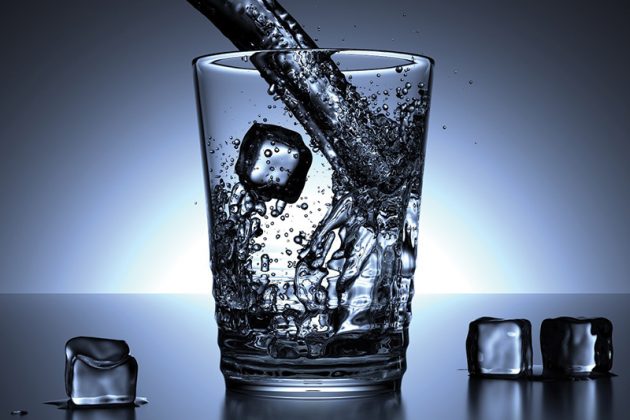 Millions of Americans in all 50 states are drinking water with a dangerous amount of Chromium 6, a known cancer causing chemical that has a huge list of potential health hazards. This is the damaging chemical that was the focus in California 25 years ago in the profound and popular true life movie, Erin Brockovich.

A new report last month from the nonprofit research group, Environmental Working Group (EWG), analyzed evidence gathered by the Environmental Protection Agency (EPA) from samples of more than 60,000 water systems in all 50 states between 2013 and 2015.  These samples show that the tap water of 218 million Americans contain high levels of chromium 6. In fact, this carcinogen turned up in as much as two-thirds of our nation’s water supply! These high levels of chromium 6 were deemed unsafe by public health officials. Oklahoma, Arizona and California had the highest average statewide levels of the chemical found in their drinking supply.

According to the report by EWG, a two-year study by the National Toxicology Program found that drinking water with chromium-6, or hexavalent chromium, caused cancer in laboratory rats and mice. The California Office of Environmental Health Hazard Assessment concluded that ingestion of even tiny amounts of chromium-6 can cause cancer in people, by using this report along with other animal studies. This conclusion was affirmed by state scientists in New Jersey and North Carolina.

In an article released by the Global Healing Center , Chromium 6 was ranked #16 out of the top 275 most toxic substances found by the Agency for Toxic Substances and Disease Registry.

Studies of chromium-6 have established that breathing the particles can cause lung cancer. The chemical has also been connected to liver damage, reproductive problems, developmental harm, blood anemia, and cancer according to the EWG. Chromium-6 presents greater risks to infants and children, people who take antacids, and people with poorly functioning livers.

How did chromium-6 get into our water supply?

According to Live Science, Chromium is an odorless and tasteless metallic element that can be found naturally in rocks, plants, soil and volcanic dust and animals. Chromium-6, however, is a toxic form of the mineral. While this form does occur naturally in the environment, chromium-6 is mostly produced by industrial waste processes. The EPA has reported many instances of chromium-6 being released into the environment from industrial pollution — leakage, poor storage, or inadequate industrial waste disposal practices.

How much chromium-6 is it safe to consume?

According to the EWG article, the California scientists set a public health goal of 0.02 parts per billion in tap water, the level that would pose negligible risk over a lifetime of consumption. This means that the amount posed no more than a one-in-a-million risk of cancer for people who drink it daily for 70 years. (A part per billion is about a drop of water in an Olympic-size swimming pool.) But in 2014, after aggressive lobbying by industry and water utilities, California State regulators adopted a legal limit 500 times the public health goal at 10 ppg. Far lower than any other state, but still not the scientists’ public health goal. It is the only enforceable drinking water standard specifically for hexavalent chromium (chromium 6), not total chromium at either a state or federal level.

The U.S. Environmental Protection agency has set a maximum contaminant level of 100 parts per billion for total chromium in drinking water. Numerous states have established limits of 50 parts per billion of total chromium in drinking water. For water control standards, they are combining the natural levels of chromium and the toxic form  Chromium 6 into one category.

Comparing the public health goal to levels of contamination found in the EPA tests, EWG estimates that if left untreated, chromium-6 in tap water will cause more than 12,000 excess cases of cancer by the end of the century.

In an article written by CNN, Bill Walker, co-author of the report and managing editor of the Environmental Working Group said, “These figures may be confusing, but the real point is that chromium-6 is one of many chemicals in our environment.” The group receives grant money from the Turner Foundation, which is chaired by CNN founder Ted Turner, who is no longer involved with the news organization or any Turner entity.

“Americans are exposed to dozens if not hundreds of other cancer-causing chemicals every day in their drinking water, their consumer products and their foods,” Walker said. “And what the best science of the last decade tells us is that these chemicals acting in combination with each other can be more dangerous than exposure to a single chemical.”

How can you filter Chromium 6 and other chemicals from your Drinking water?

There are many water filtering options out there but experts say that to look explicitly for those that will advertise effective filtering of chromium and chromium 6 (hexavalent chromium).

Is my state included in these water samples?

There is a very informative map from the EWG showing where the water samples were taken and the results of their testing and evaluation. Not every county was tested.   Contact your health department in your area if you are concerned over your chromium 6 levels and want to find out more!

The quality of the water that we are putting into our bodies, the pureness of water that we encourage in children’s bodies can either mean good health, chronic health problems or even cost you your life. The fight against industrial waste in our water supply continues from the state level to our federal government.

Invest in a good filtering water bottle or system for your home!   Your body will thank you!