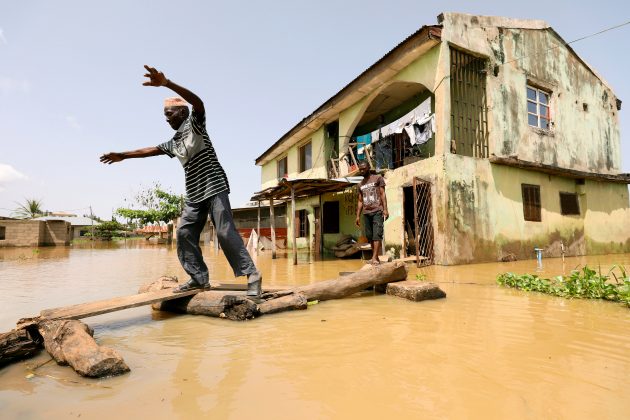 ABUJA (Reuters) – The death toll from floods across much of central and southern Nigeria has reached 199, the national disaster agency said on Wednesday, almost doubling the number of people killed from three weeks earlier.

The almost annual floods, exacerbated by poor infrastructure and lack of planning to protect against inundation, are the worst since 2012, when at least 363 people died. 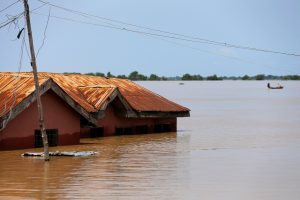 This year floods have hit one-third of Nigeria’s 36 states since late August, affecting 1.92 million people and displacing over 560,000 of them, said the National Emergency Management Agency (NEMA).

Nigeria’s rainy season is now drawing to a close, but flood waters could take time to recede, while humanitarian needs are pressing and diseases such as cholera are a major risk, said the agency.

Flooding in recent years has left hundreds of thousands of people homeless in Nigeria, Africa’s biggest energy producer and most populous country.